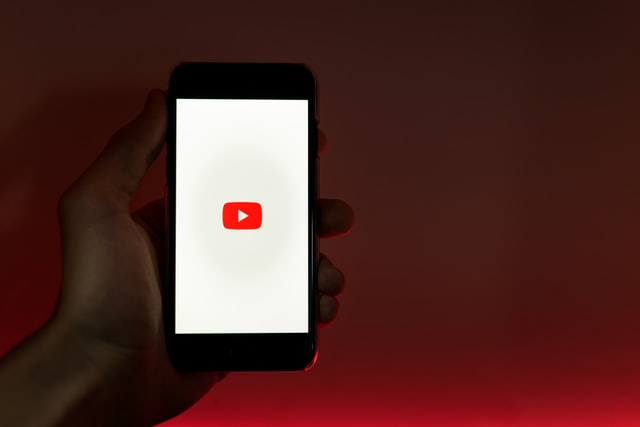 The Dangers of Being a YouTuber

Being a professional YouTuber is definitely one of the coolest occupations out there. Who wouldn’t want to showcase their passion to the world for a living and, in many cases, get paid handsomely in the process. In my role at ThoughtLeaders, I represent a number of these creators who have made their dream a reality. This gives me the opportunity to meet hundreds of different publishers and hear their stories.

While being a full time YouTube content creator is a great gig, there are a number of pitfalls and hurdles any aspiring YouTuber must be aware of before taking the leap.

There are multiple ways a professional YouTuber can get paid (ad roll, Patreon, affiliates, etc…). In my (unbiased) opinion, the best way a creator can earn money is through brand sponsorships. There are plenty of reasons why I think this is the best option, such as knowing exactly how much you’re going to get paid, getting to choose the brands you want to appear on your channel, often getting pretty cool stuff for free and most importantly, it pays really well!

However, and perhaps because of all the reasons listed above, many creators are lured in to deals that don’t end as they hope they would.

From my experience of working with a handful of different creators across multiple verticals, over 50% of creators have the experience of doing sponsorships and not being paid for them.

One the members of our TL talent Program, Matt from TheGamingRevolution (403K subscribers, 100K average views), had this unfortunate experience early in his YouTube career. Matt let me in on his experience: “After a while of focusing only on creating content, I started seeing other gamers like myself start to get sponsorships, so I did some research and signed up to a site promising they would send me brand deals and sure enough, a week later I got a couple of offers in my inbox. There was no person to talk to and it was all very automated, I signed a waiver on their website and recorded the sponsorships they sent me.

About a month later, I was wondering when I would get paid for these sponsorships, I emailed them every other day for over a week with no response, feeling really frustrated. A month later I received an email from that website, one brand had decided to cut my payment by 50% since they were not happy with the number of clicks that I received and the second brand has yet to pay me to this day. It’s a really frustrating feeling, I put in a lot of time and effort on those sponsorships and was genuinely excited about this opportunity."

“About a month later, I was wondering when I would get paid for these sponsorships, I emailed them every other day for over a week with no response, feeling really frustrated”

First of all, what happened to Matt happens too often, but there are a number of things you can do to make sure it doesn’t happen to you:

Terms of Service - If you sign up to any platform (including ThoughtLeaders!), make sure you read the terms of service. I know we’re all used to glossing over when we see a site’s “terms of service” link, but that terms of service is your contract for any sponsorship you get from that platform.

Terms of service can be a long and exhausting read, so here's my tips for what to look out for:

Lastly, make sure you have a contact person you can talk to. It might not sound that important, but having a human contact rather than a bot goes a long way.

These days we’re happy to have Matt on our team and, more importantly, make sure he gets paid for all the great work he does. Take a few minutes to check out Matt’s latest sponsored videos with Geologie.

Should I trust MCNs?

MCNs (Multi-Channel Networks) are third-party service providers that affiliate with multiple YouTube channels to offer different services. This may include: audience development, content programming, creator collaborations, digital rights management, monetization, and/or sales. In return, they require a high percentage of all of your revenue, often between 10% - 25%.

While they do offer great value for a lot of creators, they can also be detrimental at times and not always necessary. The nature of MCNs is all about adding as many channels as possible to their platform, often in the thousands, so a small creator (with less than 1M average views per video!) is often forgotten about and left with empty promises.

Early in his YouTube career, comedian and YouTube sensation, Clifford Owusu, was recruited by an MCN. They promised to help get his channel to the next level, but unfortunately, it didn’t turn out that way. Clifford Owusu revealed, “I was pretty young and really excited to see an agency (or at least I thought they were) want to recruit me. When we met they explained that by connecting my channel to their site, they’ll promote all of my videos, get me collaborations with other members of their glossy roster, and most importantly make me a YouTube superstar and help me make way more money. I signed a long term contract with them for three years to which they received 25% of all of my ad roll revenue. During that time, I would often go months without getting a response from them, the brand offers I did get were usually really low, very quickly I felt I was probably one of hundreds of other creators who were duped by false promises and locked in a dead end with a company that didn’t really care about me or my channel. My advice to anyone who’s thinking of signing with an agency or an MCN is make sure you read the contract carefully, or even better, find a friend or a lawyer that can help you.”

“I signed a long term contract with them for three years to which they received 25% of all of my ad roll revenue. During that time, I would often go months without getting a response from them, the brand offers I did get were usually really low”

It is important to point out, despite Clifford’s bad experience, there are plenty of great MCNs out there that can genuinely offer you real value. However, before signing any contracts, make sure you read YouTube’s help center on the subject.

Since we do not work directly with MCNs I don’t think it would be fair of me to “shame” those that have a bad reputation. However, if you are in need of an MCN, a great way to get started is by searching Yoola, one of today’s leading MCNs.

Be careful of Phishers

YouTubers are often an easy target for potential scammers, their email is out in the open and they are constantly hoping to find the next brand to work with, or perhaps another YouTuber who would like to partner with them.

As part of my work with managing YouTube creators business inbox, I see a number of these attempts on a daily basis. Gaining access to a YouTube channel can allow the “scammer” control over thousands of potential victims and, even worse, access to the creator’s ad roll revenue.

Willie, of KhAnubis (190,000 subscribers, 75,000 average views) spoke out about his experience from these types of attempts. “I was fortunate enough not to be tempted by these emails, but I personally know a number of other friends of mine who victims to these attempts, one in particular was asked to connect his account to the brand’s platform, unbeknownst to him, this was as a fake website, his account was stolen by these hackers and he had to send a dispute to YouTube in order to solve it. Eventually his channel was returned to him, but he lost a lot of viewers and ad roll revenue during the time his account was hijacked.”

How can you stay safe?

If a brand reaches out to you, make sure that brand actually does sponsorships. A quick Google search can show you this information, or you can get a full overview of the brand and its partnerships on our platform. Keep in mind, If the email is from a well known brand that does do sponsorships, make sure the sender’s URL is legitimate. Look for the person on Linkedin and reach out to them through there as well.

All of that being said, there are still plenty of clever ways in which scammers operate to your channel, so my number one advice is to trust your gut and make sure of the following:

In all honesty, the list of ‘dangers’ to watch out for can go on and on but I wanted to share what I personally encounter on a daily basis and hear about from the creators I work closely with. My best advice is to treat your channel and content as a full-on business and enterprise. If you are in a position to receive offers from brands, agencies or potential scammers, that means your hard work has paid off and you're on your way to becoming a full-time YouTuber (that’s honestly amazing!). Protect your hard-earned achievements, trust your instincts and if you’re not sure about how to handle all of this, find someone you can rely on who will help you out.