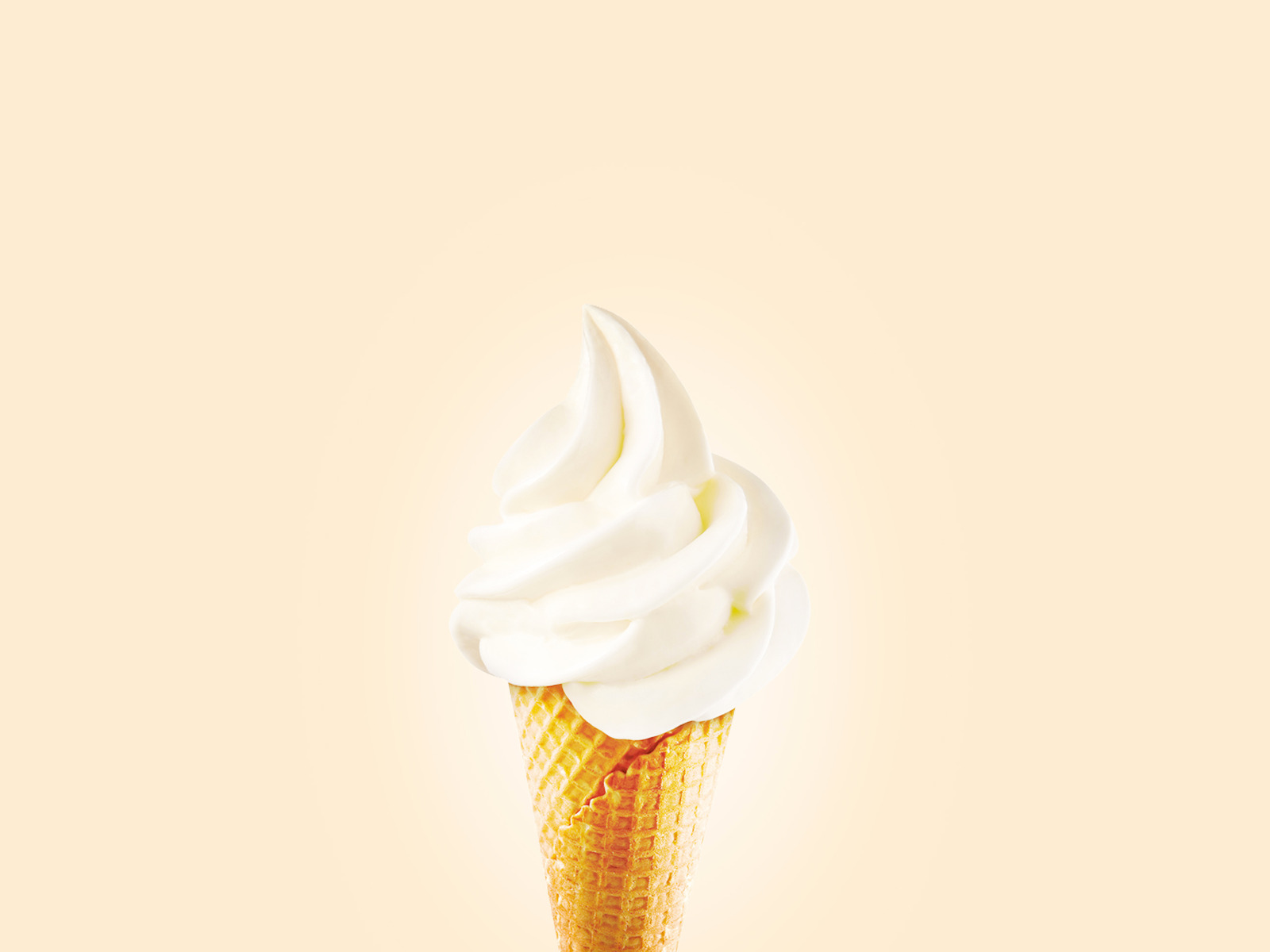 It’s no small feat for a local ice cream company to launch a global initiative to save the world, gathering a following of millions of consumer loyalists and passionate community activists along the way. Owners Ben Cohen and Jerry Greenfield established a multi-channel brand image that redefined business ethics - every aspect of their operations takes aim at solving larger issues, such as their concern for environmental impact, sustainable sourcing, and fair wage pay and benefits for employees. Having weathered several phases of growth and restructuring to stand the test of time, Ben & Jerry’s is possibly the world’s foremost ambassador for brand marketing, and we’re breaking down their recipe for success, starting with their humble origins as a parlor in Vermont.

We’re all somewhat familiar with the story: Ben and Jerry, childhood friends, opened their first location in 1978 in Burlington, and their delicious recipes snowballed into packing and shipping pints, franchising, and eventually selling to Unilever who scaled up the eco-friendly brand. There’s probably a few genius marketing moves this ice cream company made that you don’t know about, though, so here is a timeline of the company’s best marketing campaigns.

Just a year after opening their first location, the owners held their first annual “Free Cone Day”, which has since attracted billions of customers and is still carried out today. While 2020’s celebration has been postponed due to our archnemesis coronavirus - yes, coronavirus has canceled everything including ice cream - we can see Ben & Jerry’s is still promoting the Free Cone Day every year. Here’s one example from 2019’s campaign:

Ben & Jerry’s locations still offer a (much) smaller version of this incredible sundae - we can see YouTube content all the way back from 2011 of people attempting the Vemonster “challenge”, a customer-created name for consuming the massive sundae. That’s right, Ben & Jerry’s didn’t even invent this challenge, it originated from their massive marketing stunt all the way back in 1983 and has an avid followership continuing today.

What’s the Doughboy Afraid Of?

My personal favorite is Ben & Jerry’s initiative to fight early corporate monopolies in the ice cream and dairy industry.

“That year, Haagen-Dazs, owned at the time by Pillsbury, had enough of our upstart small business,” said Ben Cohen, co-founder in a special CNN story in 2011.  “Did they try to promote their ice cream harder, develop some new flavors or cut prices to competitively beat us?

No.  Their game plan was to try to stop our distributors from carrying our ice cream.  Pillsbury, a $4 billion corporation back then, was a major source of income for these distributors and they were told, in no uncertain terms, not to do business with Ben & Jerry’s.”

Ben & Jerry’s filed a lawsuit against Pillsbury, and appealed to customer support to win the legal battle. For a donation of $10, a customer would receive a Ben & Jerry’s exclusive T-shirt with the slogan “What’s the Doughboy Afraid Of?” and “major contributor to Ben & Jerry’s Legal Defense Fund” on the back. I guess the underdog story comes in the form of a 1600 calorie pint of goodness, huh?

In 1995, Ben & Jerry’s wanted to recognize their fan’s most cherished flavors that were taken off the production line that were still driving a ton of attention to the brand. Their digital archive of “depinted” flavors had historically gathered a lot of attention, so they transformed the concept into a real life cemetery as an homage to their legacy of creative flavors. In 1997 they debuted the tourist attraction near their factory in Waterbury, VT. “Its first official residents came during a mass burial of four flavors: Dastardly Mash (1979-1991), Economic Crunch (1987-1987), Ethan Almond (1988-1988), and Tuskegee Chunk (1989-1990). Today, it’s estimated that as many as 300,000 people visit the Flavor Graveyard each year.”

Many foodies vlog about their visit to the factory and the graveyard, a great source of organic traffic for the brand:

There’s been a ton of digital content spin-offs relating to the dearly-departed flavors, such as this quiz, Which Retired Ben and Jerry's Flavor Are You? that engage audiences in unique ways - is there anything more personalized in branding than a customer identifying as one of your products?

A note about the sale to Unilever

Many legal experts as well as Ben Cohen himself have come on record stating that the sale to Unilever was not an option the founders sought but rather a necessary action taken to satisfy the legal obligations of the board to shareholders. Ben & Jerry’s was a public company and therefore had to sell to the highest bidder (more on that here), which had an impact on the survivability of the brand’s distinct social-environmental mission.

Unilever has certainly stifled qualms about continuing the company’s social justice messaging with the more recent campaigns and native content efforts below.

In late March 2009, a website from a company CyClone Dairy popped up that made waves in the news world. It purported to represent "the first dairy brand to offer great-tasting products made exclusively from cloned cows" with the tagline "Quality. Consistency. Isn't that what your family deserves?" Nonetheless, many families DID have major issues with the Ben & Jerry’s competitor using cloned animals to make ice cream.

Thankfully not soon after on April 1st Ben & Jerry's revealed it had created the site, hoping to raise "consumer awareness of the government's recent approval of cloned milk and meat within the human food supply chain." We’re more accustomed to seeing April Fool’s pranks from brands as a marketing strategy nowadays, but back in 2009 this was a revolutionary move to create sociopolitical interest in something other than a product, directly. Ben & Jerry’s inspired consumers to care about how the brands they trust source ingredients while keeping things light-hearted and subtly turning the focus to their environmentally-friendly methods.

Nike is already known as a branded content titan - as we mention in our upcoming e-book, the first video on YouTube to reach 1 million views was in fact a commercial from none other than Nike, featuring Ronaldinho. The video aired October 2005 on Nike’s periphery channel Nikesoccer, and is the first real example of a video that was created as an advertising mechanism on YouTube. You can check out more on the video and all the audience engagement it generated on the site WayBackMachine, one of the only 3rd party sites that hosts historic YouTube content.

Now Nike and Ben & Jerry’s are taking branded content to the next level with this partnership - is it ice cream? A sneaker? A genius marketing device? Nike is known for limited releases just as much as Ben & Jerry’s, so perhaps this was always a match made in heaven.

And yes, I checked… they’re still sold out.

Formally, in taking a look at Ben & Jerry’s sponsorship activity across the digital formats YouTube, podcast, newsletter and blog we have:

Obviously a ton of organic traffic results when you search Ben & Jerry’s, so in our platform we have a handy way of tracking sponsored content where there is a direct paid relationship and an ongoing promotion of the brand message and products. That’s how we’ve identified that Ben & Jerry’s, like in their other campaigns, have had limited but thoughtful interactions with content creators.

They’ve definitely given more recognition to podcast and YouTube formats in recent years:

One such podcast relationship that seems to be important to Ben & Jerry’s is the The Friend Zone podcast, sponsoring 11 times since July 2019:

In many of their captions and conversations, this podcast highlights black businesses of the week. The channel description is:

It’s clear to us that Ben & Jerry’s wants to support creators of color who are focusing on topics and experiences specific to BIPOC - we just wrote a piece a few weeks back about the importance of supporting a diversity of content creators.

We can see Ben & Jerry’s citing social values as a key part of their brand as far back as their 1997 book “Double Dip: How To Run A Values Led Business”, which describes their belief (and the mechanisms behind making it successful) that businesses can function as game-changers in society through ethical practices. That’s where the double dip concept comes in - you can make profits while promoting social welfare.

They’re also on another podcast under the same network Loud Speakers Network (whose mission centers on diversity) called Gettin’ Grown that follows two black women who are trying to weather the challenges of adulthood.

Ben & Jerry’s has been remarkably consistent in messaging given the sale to Unilever. We received a bold response from the ice cream brand just in the past few weeks in response to BLM protests and civil unrest:

They’ve also spoken up about LGBTQ rights and run special edition flavors to celebrate marriage equality, as we’ve written about here in our Taking Pride, Not Accepting Pinkwashing piece.

Ben & Jerry’s appears next to other socio-environmentally conscious brands like Birchbox and Thrive Market - Birchbox has written about their dedication to ending gender stereotypes in the grooming and hygiene industry, and Thrive Market was founded on the concept that local, organic and WholeFoods brands can change the way people nourish themselves. You can read more here about how Thrive Market is supporting local brands on their shopping platform that have a key social mission component to their product line.

Similarly, they’re appearing repeatedly on the WTF with Marc Maron podcast, a world-class comedian who takes on today’s key social issues. We can see the types of conversations this podcast is engaging audiences with in just the past few episodes (the Joey Pants episode being the most recent sponsored mention of Ben & Jerry’s):

Any brand can have a massive impact but it depends overwhelmingly on consistency in your messaging and unrelenting creativity in creating meaningful moments of interaction with your audience. Especially in the age of global warming, brands are being held accountable for their lack of responsiveness on reducing plastics and packaging and turning to local sources for materials and ingredients for products. One has to wonder whether Ben & Jerry’s “incepted” the concept of a socially responsible business model into the minds of consumers everywhere under the original ownership, creating a dilemma for businesses everywhere. We who work in the world of branded content look to Ben & Jerry’s as a case study of what’s possible for retail brands who look to transition to influencer and sponsored content.

On that note, we’d like to suggest a new flavor in honor of Ben & Jerry’s and their dedication to social justice initiatives: Punkin’ Pie-oneer sound good? Or maybe Rockin’ Re-bowl-ution… we’ll keep spitballing.

Want to see how you can get behind a mission statement like Ben & Jerry’s? Partner with us to diversify your influencer sponsorships - it matters.