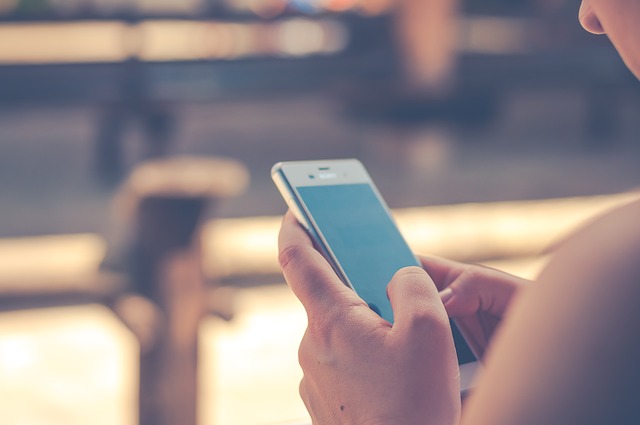 I spent a week on Clubhouse - Here's what I learned

Clubhouse - you really had to be there.
‍

Clubhouse, the highly exclusive invite-only live audio streaming platform, may have struck on a unique facet that delivers value to their audiences: if you missed the chat, there is no recording. You can’t just “catch it later.” You weren’t part of the cool kid’s club. I spent a week on Clubhouse and I’m breaking down which discussions I was a part of, who else was in the room, and whether it’s really worth all the hype.

How many times have you listened to a podcast and wished you could jump into the conversation? I’ve literally listened to Joe Rogan and Ben Shapiro discuss some of the craziest conspiracy theories, thinking, “wow, if only I could call in and pose a few questions…”

Clubhouse offers just that. With any of the rooms that you can join and listen in on the conversation, hosted by guest speakers and the room moderators, you can “raise a hand” and ask a question or get the opportunity to share some feedback. It’s another level of getting intimate with the thought leaders heading up the discussion and engaging with content that you already love.

For some people, that seems a bit too involved, however. Going back to my Psych classes, far more people would rather be a fly on the wall than a direct participant and absolutely hate public speaking or being called on in class. As my co-worker disclosed to me in private, she despises the smaller rooms on Clubhouse specifically because the moderators DO call on listeners in the room to give feedback or answer questions. How did she put it? “The paramount anxiety I felt at possibly being called on is a total turn-off.”

Nonetheless, far more people are starting to step into the limelight and claim their 2 minutes of fame on Clubhouse, and more importantly, getting to interact with incredible leaders in their field of interest where no other platform has previously allowed them to speak so directly. Twitch, OnlyFans, move over. Clubhouse is possibly one of the best community-building and knowledge-sharing platforms of our lifetime. Clubhouse is one of the fastest growing platforms for this reason. With 10 million weekly active users, up from 600,000 in December 2020, Clubhouse is rivaling startups like Uber and Airbnb with its growth rate.

While Clubhouse is also being downloaded in app stores, ranked #5 in social networking right now, and being searched for on Google at an astronomical rate, here’s something you probably didn’t expect. Most people talking about Clubhouse are on YouTube, still.

I tuned into a chat hosted by Bob Pittman and the iHeart Media team on Tuesday this week. They are an absolute powerhouse empire when it comes to podcast and radio content. It was an inevitability that they would make their way to Clubhouse at some point.

Bob in particular talked about the need for more platforms that unleash creators and allow them to freely explore, promote, and monetize their talents. YouTube has come under heat for censoring creators, demonetizing entire content verticals (*cough cough* cannabis), and even removing channels from its platform that violate their community rules. Clubhouse, on the other hand, is uncensored, since it’s, well, not recorded at all, and also a live audio streaming service.

Bob specifically touted these features of Clubhouse as the leading reason why we will only continue to see more tools like Clubhouse that allow ANYONE to create a room, speak on any topic they want, and allow anyone to access this content.

“Creators are awesome, they’re awesome at what they do, they do it better than anyone, and we just need to provide them the tools to do what they do best.”

Clubhouse also adds a social element to learning platforms that traditional services like CuriosityStream, Great Courses Plus, Masterclass, etc. don’t provide. When you sign up for Clubhouse, they ask you to flag topics of interest, and then they start funneling recommendations to you for live conversations taking place in and around that space.

For example, I chose to follow topics on “people of color” and was recommended to join a topic on art curation last night - what an awesome chat to be a part of. It was a “smaller room” with under 50 listeners, and the hosts were 5 individuals, primarily art collectors and museum curators. I learned about the complex relationships artists have with those who manage exhibits and collections at institutions that wasn’t really an instructive “course” format, but at the same time helped me understand how artists get their content on display, and all the in-between steps it takes to built the relationships needed to make that happen. Art is so much more about people and networks than it is about the quality or substance of the project. While I wasn’t called on in that room, many of the other listeners were hand-raising in order to ask some questions around, “what was it like?” and “how did you get to into that specific role before getting hired at the museum directly?” and their questions only added to the learning experience.

Many of the other rooms I was pinged to attend were about “intro to Muslim culture” or “all about car buying in 2021” - again, really informative and covering topics I knew nothing about prior, but walked away with a solid understanding. It left me wondering how this content could truly continue to be free…

It’s super exclusive - and deserves to be!

‍Clubhouse was originally a niche app for Silicon Valley tech leaders to discuss and idea-share, but through the invite-only expansion of the platform, now there are millions tuning in and thousands of rooms having unique chats every day. Nonetheless, if you didn’t join a room in time, there’s no rewinding or recording to listen for later like your typical podcast. Clubhouse content hangs suspended in a moment of time and if you missed it, you’ve missed out.

So after just 1 week of Clubhouse, I can say I’m hooked. It’s so easy to tune into a room as the app sends you a notification of what’s being talked about right in that moment, and additionally provides a schedule of upcoming content so that you can tune in at the very beginning of a conversation and not miss a second. If you want to become part of these incredible thought leader circles, you can follow celebs, entrepreneurs, artists, and everyone in-between, down to the average joes just like you who are mainly listeners, sometimes participants, and - possibly in the future - hosts of their own rooms. That’s the beauty of Clubhouse: everyone’s voice is valuable, you just have to be there in the moment to be part of the movement.