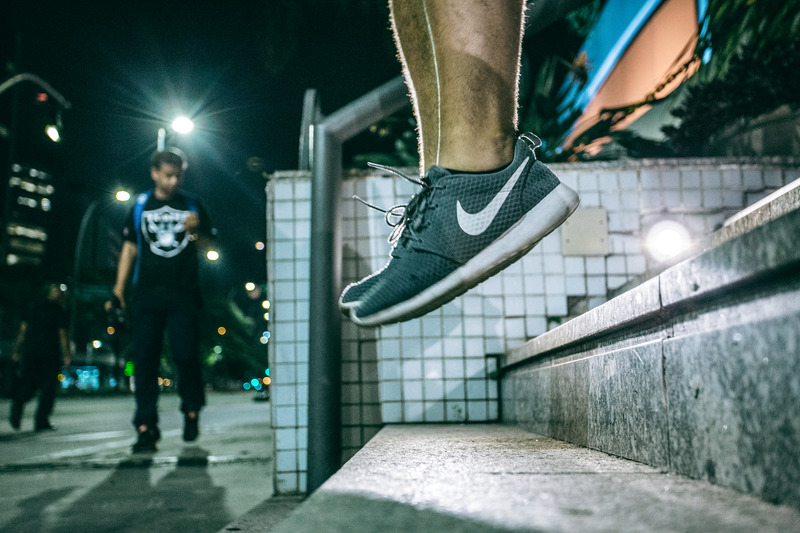 How Nike got woke

‍
Sportswear giant Nike was one of the first brands to take a stand in the wake of the murder of George Floyd, twisting their famous slogan to tell viewers,

On 29 May, 4 days after George Floyd’s death was caught on video, Nike released an advert featuring only white text on a black background. In the video the brand urged viewers:

More brands have followed suit, releasing statements about how they stand against racism and support the Black Lives Matter movement. Some have been accused of empty virtue signaling, or even appropriating the protest movements for their own commercial gains. Nike’s advert, however, has been largely well received. How did this brand establish themselves a credible political voice? How did Nike get woke, and how does this stance fit in with their wider marketing activities?

Nike is one of the most recognized brands on the planet, with the iconic tick logo and their famous three-word slogan. Founded in 1964 by Phil Knight and Bill Bowerman, the company was originally known as Blue-Ribbon Sports before changing their name to Nike in 1978.

At present, no company spends more money on sports sponsorship than Nike. The athletes on their roster include Tiger Woods, Serena Williams and, of course, Michael Jordan, for whom they created the legendary sneakers that became known as Air Jordans. Sports stars like Christiano Ronaldo (Football) and Lebron James (Basketball) are signed to “lifetime” deals with Nike which means their partnership will be in place even after they retire from sports.

Taking a stand by taking a knee

Nike’s adverts often feature the athletes they work with. However, the 2018 “Dream Crazy” campaign, released for the 30th anniversary of the “Just Do It” slogan, offered a more politicized approach. The campaign featured former San Francisco 49ers quarterback Colin Kaepernick, who gained attention in 2016 after he began “taking a knee” at football games during the national anthem. Kaepernick was using this action as a protest against police brutality towards African Americans, but was accused by many conservatives (including the U.S. president) of “disrespecting the flag”.  Kaepernick went on to sue the NFL for allegedly colluding to keep him out of the league over the controversy surrounding his political protest.

Nike’s ad featured a black-and-white close-up of Kaepernick’s face with the words, “Believe in something. Even if it means sacrificing everything.”

The backlash was immediate: #BurnYourNikes started trending as conservatives took to social media to protest the brand’s political stance. However, while Nike risked alienating some of their customers, the gamble paid off. Following the release of the Kaepernick advert, Nike experienced a 31% boost in sales and a $6 billion brand value increase.

Clearly, Nike has a very accurate picture of who their core consumers are, and what kind of messaging will resonate with this group. More importantly, in partnering with Kaepernick, Nike bought themselves significant credibility as a brand that cares about social justice issues.

The “Dream Crazy” campaign is not the first time Nike has used advertising to assert their “woke” brand image. In 2017, they released the “Believe in More” campaign, featuring women around the world who experience discrimination in sport. The advert focused on the Middle East was titled “What will they say about you” and featured Parkour trainer Amal Mourad, figure skater Zahra Lari, Pop singer Balquees Fathi, Fencer Ines Boubakri and boxer Arifa Bseiso.
‍

Does the board room match the billboard?

In 2016, Nike published their employee diversity figures, claiming that for the first time, minority groups made up over 50% of their workforce.

In 2018 the company announced plans to put more women and minorities in leadership positions. They also set up diversity training for 10,000 managers and unconscious bias awareness training for all employees. However, recent reports suggest that minorities are still underrepresented at higher management levels. As of 2018, only 226 Black/African American employees were filling roles as directors or VPs, and only 230  Hispanic/Latino staffers occupied these positions. However, Nike has been more vocal and transparent in addressing these HR practices than they are investigating the accusations of sweatshop conditions in their East Asian factories, which serves as another stain on the brand’s social justice credentials.

However, beyond the liberal signaling, Nike has also used these marketing campaigns to put their money where their mouth is. Their deal with Kaepernick reportedly included a contribution to his Know Your Rights charity. The latest ‘Don’t Do It” campaign was followed by Nike’s announcement that they are committing $40 million over the next four years to support the Black community in the US.

Despite these charitable initiatives, Nike got woke because it saw that aligning its brand with liberal politics was good business practice. These days, consumers understand that ideological signaling trickles down to the brands we choose to wear. Placing political issues at the center of a marketing strategy works because it connects with customers on an emotional level, and Nike is nothing if not a good marketer.

If you're a liberal, you shouldn't expect Nike to be a reliable partner on every issue — and you shouldn't be naive about how the political interests of stockholders will often diverge from those of consumers, workers, or the broad public. But politics is about coalitions. Someone doesn't have to be a reliable partner to be a useful one. Liberals should welcome Nike to the resistance, while critically watching its future actions.

Fetch Rewards: A free app that makes you money