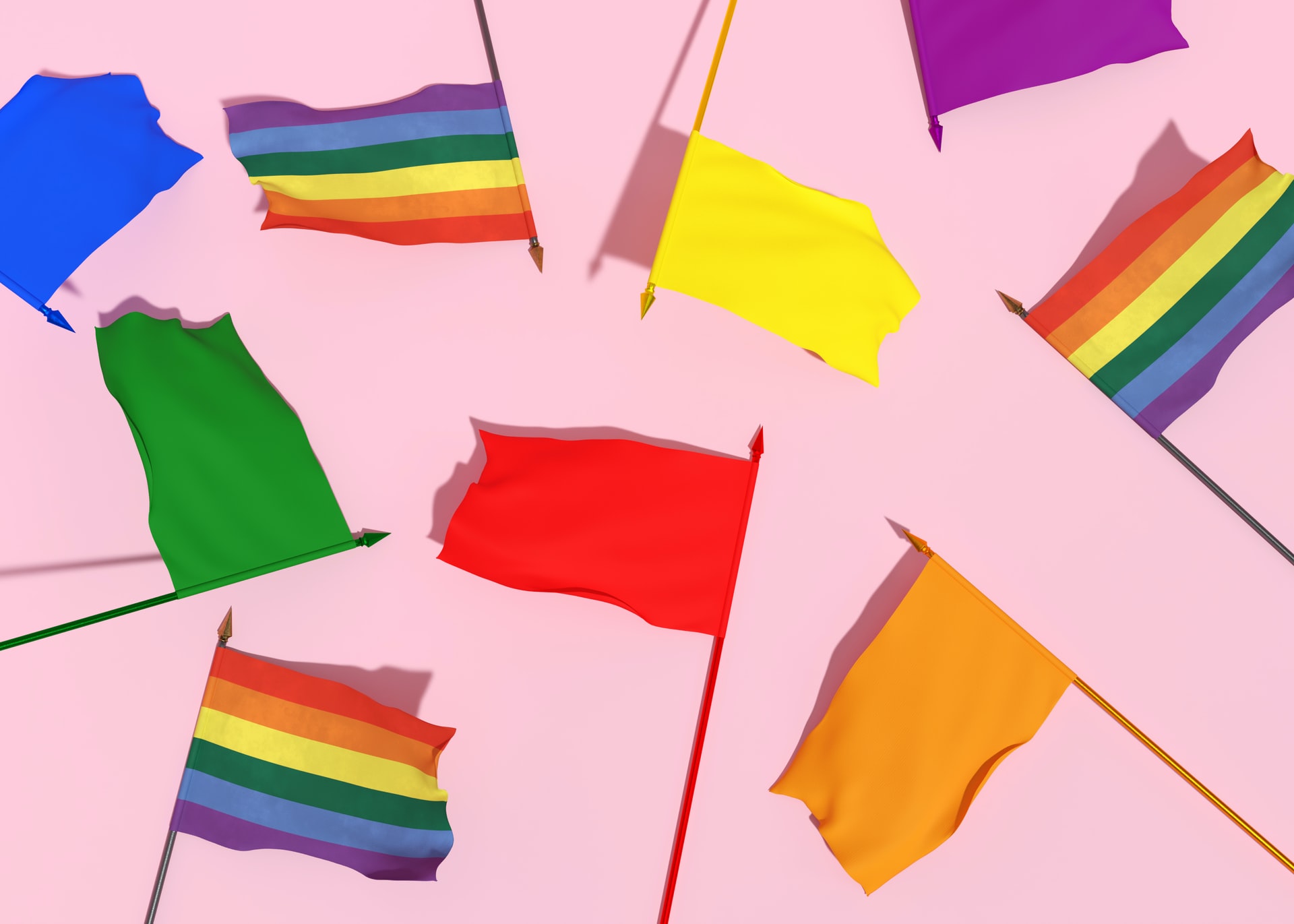 The month of May has come and gone, and pride month has arrived! This month is an opportunity to honor the 1969 Stonewall Uprising in Manhattan, as well as all the progress that has been made in LGBTQ+ awareness and rights. However, it’s this doesn’t mean that brands only need to support LGTBQ+ creators in June - they should be supporting this community all year round. We decided, instead of highlighting the brands that have created campaigns specifically around Pride month, we would compile the number of companies who sponsor and have formed long-term partnerships with LGBTQ+ creators on YouTube all year round.

Skillshare is an online learning platform that offers thousands of creative courses and classes that are taught by experts to help you learn new skills. When it comes to influencer marketing, Skillshare is a top spender. In 2021, Skillshare worked with over 415 influencers and was mentioned in over 900 videos.

Skillshare has created a strong partnership with Lilly Singh, an influencer who has been around on YouTube for years! Not only does she have her very own course on the platform -  ‘Social Media Success: Video Storytelling on YouTube & Beyond’, but she was also able to offer her viewers a link to get a free trial of Skillshare Premium Membership. Skillshare is known for having long-term partnerships with creators, and Lilly Singh is no different. The brand has sponsored this YouTuber four times.

Curiosity Stream is a media company and subscription video streaming service that offers documentary programming, including films, series, and TV shows. Curiosity Stream has formed a strong connection with creator Kat Blaque - they’ve partnered up a number of times over on Kat’s YouTube channel. Kat regularly offers receives special promo codes for her viewers, and even recommends the documentaries that she enjoys the most from the streaming service.

BetterHelp is an online therapy service that aims to make professional therapy accessible, affordable, and convenient. The company often partners up with content creators on various platforms, including YouTube. BetterHelp has partnered with Connor Franta a couple of times, who has over 4.5 million subscribers and receives hundreds of thousands of views on each of his videos.

In 2017, BetterHelp also launched Pride Counseling, a platform for members of the LGBTQ+ community on the mental health issues they face. Pride Counseling partnered up with Jammidodger, who often posts videos with commentary on gender identity and other LGBTQ+ issues. In his video talking about his gender dysphoria after bottom surgery, Jammidodger even mentions that he used the BetterHelp therapy service a few years ago and found it to be incredibly useful.

Squarespace provides you with the ability to make your very own website in a matter of minutes with thousands of ready-made templates. Squarespace is another brand that chooses to invest in influencer marketing - in 2021, they worked with over 126 influencers.

One of the influencers that Squarespace has worked with is Anna Akana. In fact, they’ve worked together on over 100 videos! Anna has been making videos on YouTube since 2012, making mostly comedy videos, and her videos regularly garner thousands of views

Magic Spoon is all you could want in a cereal - high-protein, low-carb, and extremely delicious. Magic Spoon launched in 2019 and has already begun to venture into the realm of influencer marketing. Co-founder Gabi Lewis mentioned that they typically don’t pay influencers, at least not up-front. Instead, they send boxes of cereal out to influencers of various sizes and due to the product having so much appeal, they get a uniquely high response rate.

Magic Spoon has partnered up with Jammidodger to showcase all the different flavors currently available. Jammidodger’s viewers even have the opportunity to receive a discount on the variety pack, if you’re not exactly sure which flavor to choose from.

Function Of Beauty is a haircare brand that matches customers with its perfect product. With quizzes that you’re asked to fill out, the customer receives custom hair care products that are carefully designed and curated for each individual hair type.

Function of Beauty teamed up with Bretman Rock, who is known for his makeup and comedy videos. Bretman showed his viewers just how easy and user-friendly the Function of Beauty website is, as well as sharing which products he’s been using to provide him with such luscious curls.

Function of Beauty chose to partner up with Bretman due to his largely female audience, which is their target audience. This just shows that, sometimes, the most successful partnerships may come from channels that cause your brand to branch out, as Function of Beauty usually partners with female creators. Definitely something for brands to keep in mind!

With influencer marketing, brands and platforms have the unique opportunity to interact with people who have different sexual orientations, ethnicity, skin color, body type, and more. Partnering up with different content creators that come from different backgrounds will allow your brand to reach a more diverse and wide audience that is likely to engage with the product you’re offering, instead of coming off as a brand that has a product that only fits one kind of person.

It's not to late to get started on your Pride campaign - and we can help you out. Also, if you are a brand searching for LGBTQ+ creators and what to know how much a channel is worth, or if you’re an LGBTQ+ creator interested in branching out your sponsorships, check out our YouTube sponsorship calculator and make sure to reach out to us with any questions!