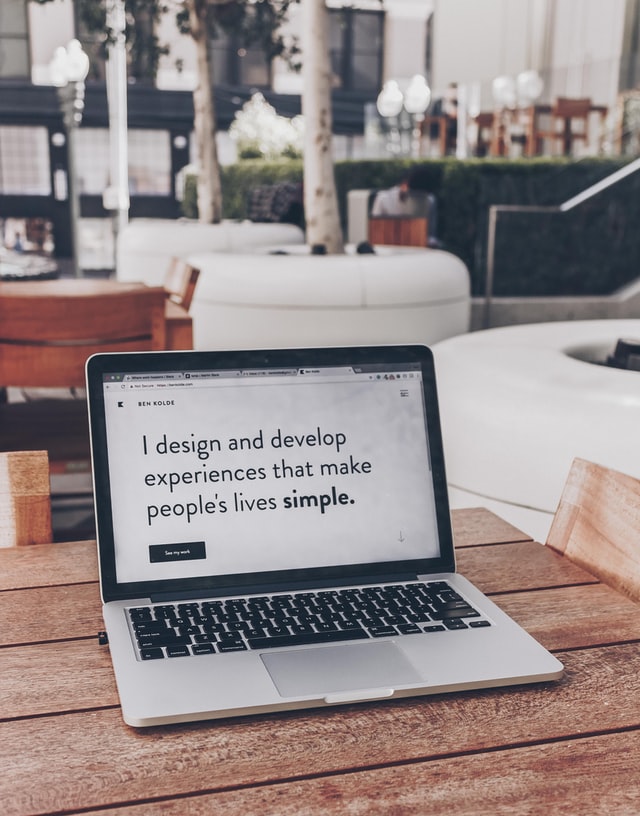 From a small space to Squarespace

Besides cramming for exams, hanging out with friends or pre-gaming before a football game, it seems the dorm room is also a great place to start $2.4B business. Back in 2004, while studying at University of Maryland, Anthony Casalena started writing code for Squarespace, a website building platform, after recognizing the lack of options, especially when it came to one that took design seriously.

Squarespace, Inc. is a website building and hosting company that allows users to create a website with help from pre-built templates and easy-to-use drag and drop elements. The software as a service (SAAS) platform prides itself on giving just about everyone the ability to create beautiful websites, especially those without a coding background or technical knowledge.

After getting positive feedback from family and friends who gave the beginning stages of Squarespace a try, Casalena decided it was time. In January 2004, after receiving a $30,000 seed fund from his father, a small grant from his university, and 300 beta testers who paid a discounted price, Casalena officially launched Squarespace - a ‘do it yourself/drag and drop website building service.

By 2006, Squarespace already had 10,000 trial accounts, over 500 customers and brought in over $1 million. After graduating college and moving out of his office, or in this case, his dorm room, Anthony Casalena moved to New York and began building his team.

By 2015, Squarespace had already reached $100 million in revenue and 550 employees. One year prior, the company purchased SuperBowl ad spots in 2014, 2015,2016, 2017, and 2018. Interestingly, in 2017 Squarespace signed a sponsorship deal with the New York Knicks and added the company logo to their uniform. Fast forward to 2021, the website building platform raised $300 million and announced their biggest move yet, going public through a direct listing on the New York Stock Exchange - SQSP.

To date, Squarespace has worked with over 3,000 thought leaders across a variety of verticals. However, they have appeared the most on YouTube. Despite appearing mostly on how-to & craft channels, Squarespace constantly finds creative ways to partner with creators from a wide range of content categories. Some of their sponsorships include Megsquats (gym lover), Mike Korzemba (all-things NBA) Jenn Im (Lifestyle creator), and Adam Ragusea (YouTube foodie).

Mediakix wrote about the company’s marketing strategy, stating that Squarespace’s objective is to “creatively partner and align with top YouTubers and YouTube channels creating original content and visibility to drive both awareness and engagement for Squarespace”. They also noted that Squarespace “targets audiences across a variety of select demographics” meaning that they try to partner with creators from every niche corner of YouTube.

Squarespace began sponsoring videos on YouTube in March 2009 with macmostvideo. Interestingly, the creator clearly announced his sponsorship with Squarespace in the first six seconds of the three minute video.

In mid-2017, there was a major spike in YouTube partnerships (around the time Squarespace’s Super Bowl ad won an Emmy). Nowadays, the company sponsors around 350 channels a year. Since its first sponsorship in 2009, the platform has attracted a total of 2.89B views!

The brand's best performing YouTube sponsorship is with Linus Tech Tips, a channel about all-things technology. Their sponsored video titled The Worst trade I’ve ever made has over 2 million views. Linus Tech Tips made sure to add Squarespace’s website and their offer (10% off) above the fold.

Squarespace has partnered with Linus Tech Tips over 100 times since 2014, accumulating over 117 million views.

It doesn’t come as a surprise that Squarespace is a pioneer in podcast advertising. During an interview with PR Week, Anthony Casalena explained: “For podcasts, there’s a unique opportunity to sponsor independent voices that have targeted content and a great connection with their audience. We started in tech podcasts and grew from there. As Squarespace became more broadly used, you can see that strategy reflected in the kinds of podcasts we advertise in, getting broader and more mainstream”.

Squarespace has sponsored over 300 podcasts that cover a wide variety of categories, including comedy, business, politics, general knowledge and, of course, technology. For example, the platform has partnered with Whiskey Ginger w/ Andrew Santino 26 times.

How does Squarespace compare to its competitors?

The company’s biggest competitor is Wix, a website and mobile site creator, that was founded in 2006. Similar to Squarespace, Wix also dove into brand sponsorships, dipping its toes in all four verticals (YouTube, podcast, newsletters and blogs). Interestingly, another similarity the two share - television ads during the Super Bowl.

However, when it comes to brand sponsorship strategies, Squarespace and Wix appear to have different tactics. Squarespace focuses on long-term partnerships with channels that prove to be successful. For example, Squarespace has been sponsoring Jared Polin’s channel since 2013 and it has been mentioned 945 times. On the other hand, Wix has sponsored PokeCollection 371 times, however the partnership ended in 2012. While Squarespace’s long-term sponsorship strategy helps establish brand ambassadors they can trust, Wix’s strategy reduces the risk of audience saturation.

Squarespace’s strategy of targeting niche communities (with the help of content creators) succeeded in tailoring the value of the product to the target audience and ultimately increasing brand awareness and customers. Squarespace’s founder, Anthony Casalena continues to prove that - if there’s a will, there’s a way.