From food challenges to eating the best naan bread on a Mumbai side street, more and more content creators have stepped into YouTube under the ‘food content’ umbrella. Interestingly, on December 31, 2006, one of the first food-based videos was uploaded to YouTube. The video, which was called “Old Fridge Food Challenge” featured Gimmeabreakman showing off the oldest product he found in his fridge. There is also the well-known Buzzfeed food channel, Tasty, which began producing food series - reaching over 539 million monthly views. Over time, each YouTuber found their specific niche inside the ‘food’ sphere. While some decided to cook or bake, others traveled the world through their stomachs.

Throughout the years, brands caught on to this increased interest in all-things food and found ways to seamlessly integrate their products into creators’ videos. The best part? Many of these brands are not directly related to the food industry. For example, Matt Stonie posts videos of him eating large quantities of food in a very short time frame. Recently, he uploaded a video ‘1.2 Gallon Fruit Cocktail Eaten in 5 minutes’ and it included a sponsorship by Dollar Shave Club - men grooming products. A great (hungry!) YouTuber find ways to seamlessly integrate their sponsorships. Here’s a look at YouTube’s favorite (and hungriest!) foodies from all the different kinds of food-niches and their brand sponsorships. Warning: Do not read this article hungry or you will hear your stomach growl.

If you are looking for an easy to follow, delicious meal, you have to check out Adam Ragusea’s channel. He has over 246 videos related to cooking mouth-watering dishes, interesting food facts, and even kitchen hacks. This video, which has over 16 million views (and counting!), will surely get you in the mood for pizza:

Not only is Adam Ragusea a cooking connoisseur, but he also knows how to seamlessly integrate brand sponsorships. Since uploading his first YouTube video on May 23, 2010, over 60 brands have sponsored this content creator. Some of the brands that have sponsored Ragusea the most include, Squarespace, Skillshare, HelloFresh, Fetch Rewards and Surfshark. As you can see from the trend graph below, in 2020, the number of brands that wanted to partner with Adam Ragusea increased dramatically.

If you like to eat, workout and eat some more, Stephanie Joshi’s channel - Nuttyfoodfitness - is the place for you. In 2017, Nuttyfoodiefitness uploaded her first YouTube video, which was quickly followed by Joshi attempting the 10,000 calorie challenge. Over the last three years, this hungry creator has uploaded 168 videos, most of which show Stephanie Joshi eating, attempting food challenges, extreme workouts and, well, eating some more.

Interestingly, despite having mostly fitness and food content, many of Nuttyfoodiefitness’s sponsors aren’t fitness/food based. She has partnered up with Squarespace, a website creating platform, 17 times. Similarly, Nuttyfoodiefitness found a way to seamlessly integrate her partnership with Function of Beauty, a personalized hair, body and skincare brand, twice.

Do not leave your food unattended next to EriktheElectric because this guy likes to eat! Back in the day, Erik Lamkin was diagnosed with Anorexia. In 2013, following years of treatment, he found himself taking on his first competitive eating challenge, and not only succeeding, but enjoying it. Nowadays, Erik Lamkin is literally making a living off of attempting (and usually succeeding) the most extreme food challenges (did you catch him eating 100,000 calories in just four days?). This video has over 12.1 million views (and counting!)

Soon after taking on his first eating competition, Erik Lamkin posted his first YouTube video on his channel - EriktheElectric. For his first year on YouTube, Lamkin uploaded recipes and workouts. Finally in 2014, EriktheElectric started filming food challenges, and, as can be seen in the graph, brands started paying more attention to this creator.

While taking on large quantities of food, EriktheElectric manages to integrate his brand sponsors. For example, right before attempting the ‘15,000+ Calorie Ferrero Rocher Chocolate Challenge’, Lamkin thanked his sponsor, The Ridge Wallet. Also, as EriktheElectric sits in front of a table filled with food equivalent to 27,000+ calories, he gives a shout out to the sponsor of that video, Magic Spoon.

What’s better than traveling around the world? Traveling around the world (mostly Asia) while eating! Four years ago, TJ uploaded one of her first YouTube videos - Cooking Delicious Balinese and Indonesian Food - and has since taken us on adventures through the lens of food. CupofTJ knows where to find the best dishes, gives viewers a little ASMR eating sounds, and even rates airline food. The best part? While TJ walks through the crowded, extremely hot, Asian markets, you get to sit back on your couch (hopefully eating something even slightly as delicious as the Asian delicacies TJ’s eating).

However, when the pandemic hit and travel became impossible, CupofTJ managed to adapt her content to the current climate. Over the last few months, TJ has posted videos of her trying a wide variety of frozen foods from American supermarkets, eating vlogs around New York City and, of course, chowing down on Asian-style dishes.

When it comes to brand sponsorships, CupofTJ always finds creative ways to seamlessly integrate them into her videos. For example, when Helix Sleep, personalized mattresses, partnered with CupofTJ, she noted that the food intake made her tired and therefore she needed to go into a food coma - luckily she had a comfortable Helix Sleep mattress to rest on. Some brands are easier to integrate, such as Bokksu, an authentic Japanese snack box delivered to your door.

We have covered cooking channels, fitness and food lovers, competitive eaters, and food vloggers. Another food-niche that has exploded in popularity over the last few years is ASMR eating channels. That’s right - creators simply take on large quantities of food, film themselves eating and make sure their chewing and slurping are clear and heard in high-quality. There are a handful of creators that film ASMR eating videos, but Zach Choi ASMR stands out with 12.1 million subscribers! Zach Choi ASMR has 579 videos (and counting!), all showing him eating all-things food, including spicy fire noodles, pizza, Japanese wagyu, mozzarella sticks, and chocolate ice cream.

You may be asking yourself - who would not only watch someone chow down food for an average of 12 minutes, but listen to them chew and swallow? Well, Zach Choi ASMR’s videos have an average view of 3.3 million. His latest video - ASMR Shokugeki No Soma: Gotcha! Pork Roast - received 147,000 likes.

According to our platform, despite having an extremely large following, Zach Choi ASMR doesn’t have any brand sponsorships. This may be because very little talking actually takes place in the videos. It’s time for brands to find creative, seamless ways to sponsor ASMR channels.

YouTube and food seem to go hand-in-hand. As strange as it sounds, viewers enjoy watching their favorite creators cook, eat (especially street food), and document their food adventures around the world. Out of all the social platforms, YouTube allows viewers to truly feel like they are on the creators plate. It’s no surprise that brands jumped on this delicious genre and found creators that intelligently promote the products, no matter how far off they are to food/eating. 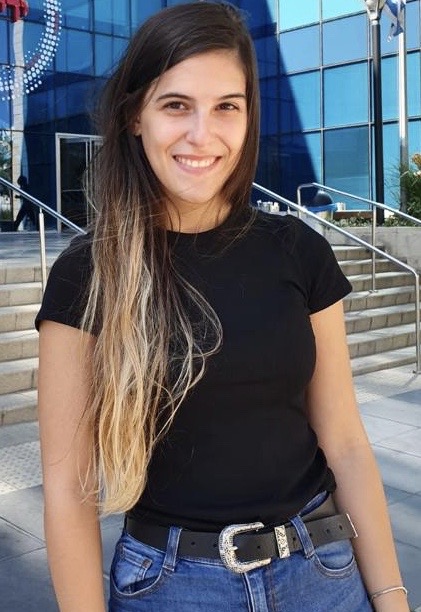 I spent a week on Clubhouse - Here's what I learned