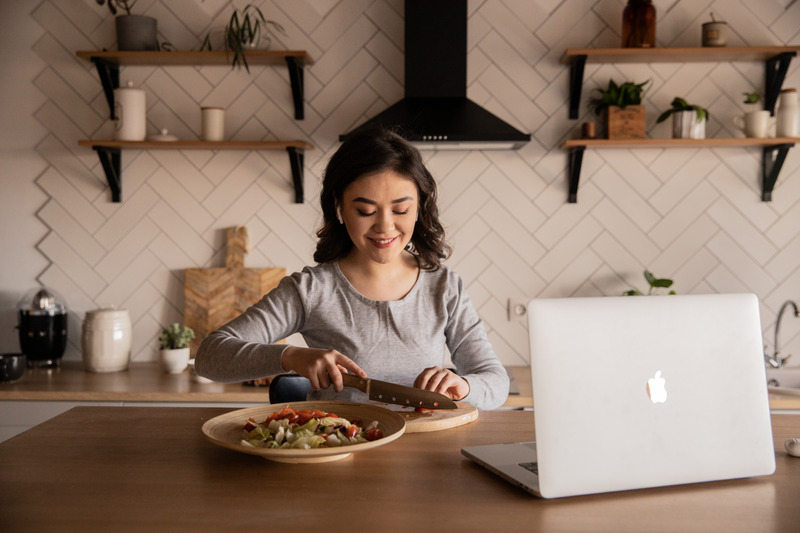 How Buzzfeed killed the Celebrity Chef: The Rise of Tasty

It might have been Martha Stewart’s prison sentence that did it. Or Nigella Lawson’s messy public divorce. Or Jamie Oliver’s string of restaurant closures. Or perhaps Gordon Ramsey dropped one too many f-bombs. Whatever it was, celebrity chefs are suddenly feeling a little passé. Sure, their TV cooking shows might have introduced us to the concept of food porn, but once the genre migrated to the internet, some bright spark realised that we didn’t need the attractive presenters or their drool-worthy kitchens. All we needed was the food itself, front and centre of the frame, and (crucially) shot from above.

The overhead shot has long been the preferred framing for Instagram’s army of foodies, as you’ll know if you’ve even found yourself at brunch surrounded by micro-influencers standing on chairs to capture their food at the perfect angle. Somewhere along the way, someone decided that this framing could work not just for the finished product but for the food prep itself. That’s when Tasty, the Buzzfeed food channel, stepped onto the scene and became an internet phenomenon.

Buzzfeed was founded in 2006 and soon became known for online quizzes (e.g. “Which Disney Sidekick are YOU?”) and listicles (“20 Things That Only List Lovers Will Understand”). In 2011, the company started to expand its efforts into serious journalism, eventually setting up the separate news domain BuzzFeedNews.com in 2018. In July 2015, Buzzfeed began to produce a series of food videos on Facebook under the name “Tasty”. Within one month, the Tasty page had 1.2 million likes. At present, Tasty videos have 539 million monthly viewers.

You’ll know the style, even if you’ve never consciously sought out one of their videos. The video hallmarks are the jaunty music, the pre-weighed ingredients artfully arranged in tiny bowls around the edge of the worksurface, the speeded up action and the disembodied hands of the unseen chef. The climax is always the money shot right at the end, as the final result is cut into, revealing the crunchy / creamy / oozy goodness inside (it’s no wonder that so many of the recipes ask for huge quantities of cheese.) There are no long explanations or complicated techniques, just short cheerful videos that have proved incredibly moreish for online consumers.

A little bit of background

The origins of Tasty can be traced back to the first generation of TV chefs. These pioneers turned cooking into a form of entertainment, taking food off the pages of cookbooks and onto our screens. Julia Child is often hailed as America’s first celebrity chef, becoming a television sensation in 1963 with her show The French Chef. Thirty years later, the launch of the Food Network in 1993 made it possible for viewers to watch cooking shows all day every day, and made stars of chefs like Rachel Ray and Ina Garten. Over in the UK, the profound influence of TV chefs was demonstrated with the so-called “Delia effect”, when ingredients used by Delia Smith in her cooking show immediately sold out at supermarkets across the country.

Then came the bloggers, taking our food obsession online. Food blog stars included Cookie and Kate, Pinch of Yum,  Love & Lemons and Smitten Kitchen (a personal favourite). Recipe blogs quickly became a genre of their own, often featuring lengthy preambles and personal anecdotes before getting down to the recipe itself, perhaps in an attempt to emulate the cult of personality associated with celebrity chefs. Of course, any good blogger worth their salt knew that the words alone was not enough; each recipe had to be accompanied by beautifully lit progress shots and a perfectly framed, mouthwatering shot of the final product.

After the bloggers came YouTubers like Binging with Babish and Laura in the Kitchen. Then came the Instagrammers with their avocado toast obsession, and soon it felt like everyone was photographing their food before eating it, offering up their meals for the visual enjoyment of others. And once we were all fully obsessed with looking at images of food we were never going to eat, along came Tasty.

Word on the Street:

“No one knows who invented the overhead food video. Like image-macro memes or Slender Man, it most likely emerged in some primordial message-board swamp.” - The New York Times

"It’s not Game of Thrones. It’s not this long-form show that feels inaccessible and that you can never recreate.” - Campaign

The sweet taste of success

The advent of Tasty coincided with the introduction of Facebook video, creating a format that was perfectly suited to this new medium. Facebook videos automatically start playing without sound as the user scrolls through their feed. With Tasty, the Buzzfeed creators came up with something that didn’t rely on sound or language, and was fast-paced and eye-catching enough to make the viewer stop scrolling for the 40 seconds or so it takes to whizz through the recipe. This neat formula for short-form videos matched perfectly with the growing appetite for food content, and Facebook’s algorithm soon made Tasty a superstar.

Whether anyone has ever cooked any of the recipes that appeared in these videos is beside the point, although Tasty claims that over 60% of viewers have made one of their recipes. However, it’s clear that Tasty’s fans are doing more viewing than cooking, having collectively spent over 500 hours watching the channel’s videos and sharing them more than 800 million times. Tasty receives an average of 9 million views per video, and have reached 2 out of every 3 millennials worldwide (which begs the question, who are the millennials who have never seen a Tasty video?)

This popularity of Tasty encouraged Buzzfeed to set up numerous international versions of the channel, as well as spin off series including Tasty Junior, Tasty Happy Hour and Tasty Vegetarian. These were soon followed by further video series that followed the same basic format but moved away from food: Nifty (crafts and DIY), Playful (parenting tips) and Goodful (healthy living).

Although Tasty did not invent the overhead food video, there’s no doubt that the channel’s success has inspired countless imitators. After Tasty began releasing videos on YouTube in January 2016, Twisted stepped into the frame in May 2016, followed by SoYummy in December 2016 and Bosh in October 2017 (these dates reflect when each channel joined YouTube).

The decline of the celebrities

With all this success came the Oedipal inevitability of Tasty surpassing the very celebrity chefs that paved the way for the enormous popularity the channel enjoys today. Once the stars of the foodie firmament, Martha, Gordon, Jamie and Nigella are now trailing in Tasty’s dust, if their social media numbers are any indication:

On every platform other than Twitter, Tasty is totally untouchable. Sorry, celebs: perhaps we’re no longer interested in seeing the faces behind the hands that are making our food.

Show me the money

With those kinds of social media numbers, brands are taking notice. Of course, the absence of scandal-riddled celebrities also means that Tasty offers a higher level of brand security, as those disembodied hands are very unlikely to offend consumers.

Beyond these sponsorships, Tasty has managed to monetize their success by launching a merchandise range (available at Walmart). Products carrying the Tasty name include kitchenware, clothing, seasonings, toys and of course, cookbooks.