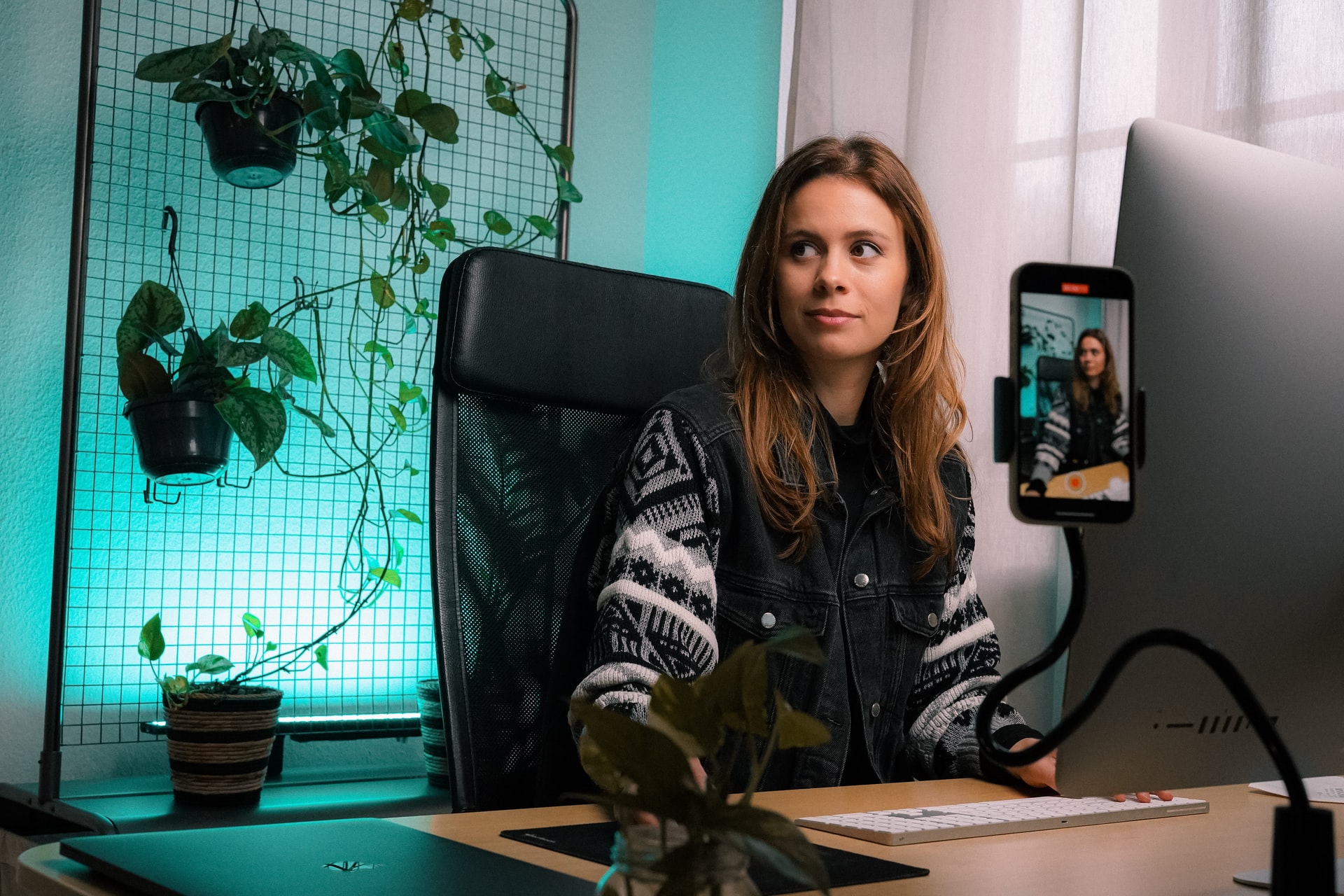 Who runs the world? Female YouTubers! In May 2005, regular people were given the opportunity to share short snippets of their lives in video format and since then, YouTube has grown to one of the biggest platforms on the world wide web and a place for girls of all ages to share their passions with the world. We have taken it upon ourselves to compile some of the top female YouTubers from each category, so get watching!

No big deal, but The New York Times called Emma Chamberlain the funniest person on the internet. Emma started her YouTube channel in 2018 after her father urged her to find something she was passionate about, and after two years, Emma had already grown her channel to 8 million. Her quirky filming and editing style is what quickly separated her from the masses and even inspired other creators to adopt the same style of video-making. Before long, an entirely new subgenre was created on the platform, known as ‘slacker YouTube’, or ‘relatable’ YouTube. Though it’s been 3 months since her most recent video, you can be sure that her followers are anxiously waiting for new video content!

When Jenn Im started out on YouTube in 2010, she had a joint YouTube channel with her friend, Sarah Chu, known as ClothesEncounters, which focused on affordable fashion. Though Sarah left the channel after Jenn moved for college in 2017, Jenn continued to grow her following and has become one of the top female YouTubers. In 2022, though Jenn still makes the occasional video about fashion, she also regularly shares Korean recipes, house decor, as well as her journey as a mother. To watch a video on Jenn’s channel is to relax - her smile and energy is entirely infectious, and it’s easy to quickly fall in love with her charm. Her channel captures the very essence of the ‘lifestyle’ genre!

While Lauren Conrad was starring in The Hills, Nikkie de Jager was discovering her love for beauty and makeup. Almost immediately after discovering ‘The Hills makeup’ on YouTube, Nikki started making videos on the platform herself. Though initially pursuing a career as a makeup artist, Nikkie was able to become a full-time content creator in 2014 and quickly became one of the top female YouTubers in the beauty genre. Over the years, Nikki has collaborated with a number of ‘big names’ on her YouTube channel, including Lady Gaga, Ashley Graham, and most recently, Adele!

Bailey Sarian has managed to combine makeup with… true crime? An odd combo, but Bailey makes it work! Bailey has been making and uploading content to YouTube since 2013 surrounding beauty and makeup. But, what really made her stand out as a creator was when she launched her web series, ‘Murder, Mystery and Makeup’ in 2019. For over 3 years, Bailey has been applying her makeup while discussing some of the most well-known and most controversial true crime cases.

With 10 years of travel experience and over 55 countries under her belt, Nadine Sykora (known to her followers as Hey Nadine), is the go-to for travel tips and tricks, whether you’re a seasoned globetrotter or newer to travel. From getting engaged to the top of Kilimanjaro to driving around British Columbia and the Canadian Rockies in their Volkswagen Westfalia camper van (Clifford - the big red van!) Nadine documents all the ups and downs of her adventures in the hopes of inspiring others to follow their travel dreams.

The female youtuber, Eva zu Beck, travels “to places that most tourists don’t”. Ever since starting her YouTube channel 3 years ago, Eva has documented her adventures of living with nomads in Iran, traveling to Antarctica’s tallest mountain and discovering the country of Pakistan over the span of one year! With her motto being “the world is for the brave”, Eva is a breath of fresh air in a genre largely saturated with male creators and proves that women can, and should, try out a solo-adventure!

Blogilates was created back in 2009, when Cassey Ho wanted to provide her Pilates students with online fitness videos after moving from Los Angeles to Boston. Cassey never set out to become an ‘influencer’, let alone one of the top female YouTubers in the health and fitness genre, but that is exactly what happened -  since 2007, Blogilates has grown into a community of more than 6.2 million! Cassey believes that YouTube provides creators with a platform to present girls and women as they really are.

“It’s a beautiful day to be alive”. If you’ve been a part of Whitney Simmons’s journey on YouTube at any point over the last 6 years, this phrase is familiar to you. This catchphrase is what encapsulates Simmons’s channel - Whitney doesn’t just highlight the importance of physical health, but also mental health. After being diagnosed with severe depression and anxiety, Simmons has had to find a way to navigate living a healthy lifestyle alongside her mental health. When you go to Whitney’s channel, you know you’re going to get honesty, something that can sometimes be difficult to find in the ‘influencer’ world.

With gaming being one of the biggest and most successful genres on YouTube, it can be hard to stand out, especially as a girl gamer. However, what makes Aphmau so unique is her ability to combine pop culture with her content, like when she brought Squid Games to Minecraft. With an average of 2.5 million views on each video, Aphmau is the perfect example of a girl YouTuber proving that gaming doesn’t have to be for ‘boys only’.

Do you like your gaming videos with a little bit of drama? Then InquisitorMaster is the channel for you! Alex, or InquisitorMaster as her followers know her as, is one of the most popular Roblox content creators online, and manages to incorporate a soap opera twist into her content (bad boys, stalkers and dramatic scenes galore!) InquisitorMaster has become especially popular with the tween girls in 2021, signaling a change in the gender dynamics in gaming.

Cooking is an art form, and Rosanna Pansino may know that better than any of us. Rosanna’s intention when she started out on YouTube in 2009 was just to get more comfortable in front of the camera, as her ultimate dream was to become an actress. At a time when being a ‘YouTuber’ still wasn’t considered a career, Rosanna was determined not to give up on her channel. Rosanna never set out to ‘go viral’, but instead just wanted to use YouTube as a way to better herself and share the things she enjoys with the world. With over 12 million subscribers, it seems like there are a lot of people that want to join her on that journey!

Laura in the Kitchen

If you have a goal to learn all about Italian cuisine, Laura in the Kitchen is the place to do it. When Laura Vitale, the face behind the channel, moved from Naples to the United States at age twelve, cooking was her way to cure her homesickness. Laura started her channel in 2010, and since then has been the host of her own show on the Cooking Channel, and has even published a cookbook! With over a thousand recipes uploaded to her channel, Laura will have you navigating the kitchen in no time!

Even with all the work that YouTube does to support their content creators, the glass ceiling is still very much intact in 2022. YouTube seems to have the highest pay gap between male and female YouTubers, though the influencer community is largely dominated by women (women make up about 77% of the total number of influencers across all industries!) So, make sure to continue supporting and promoting your favorite female YouTubers!