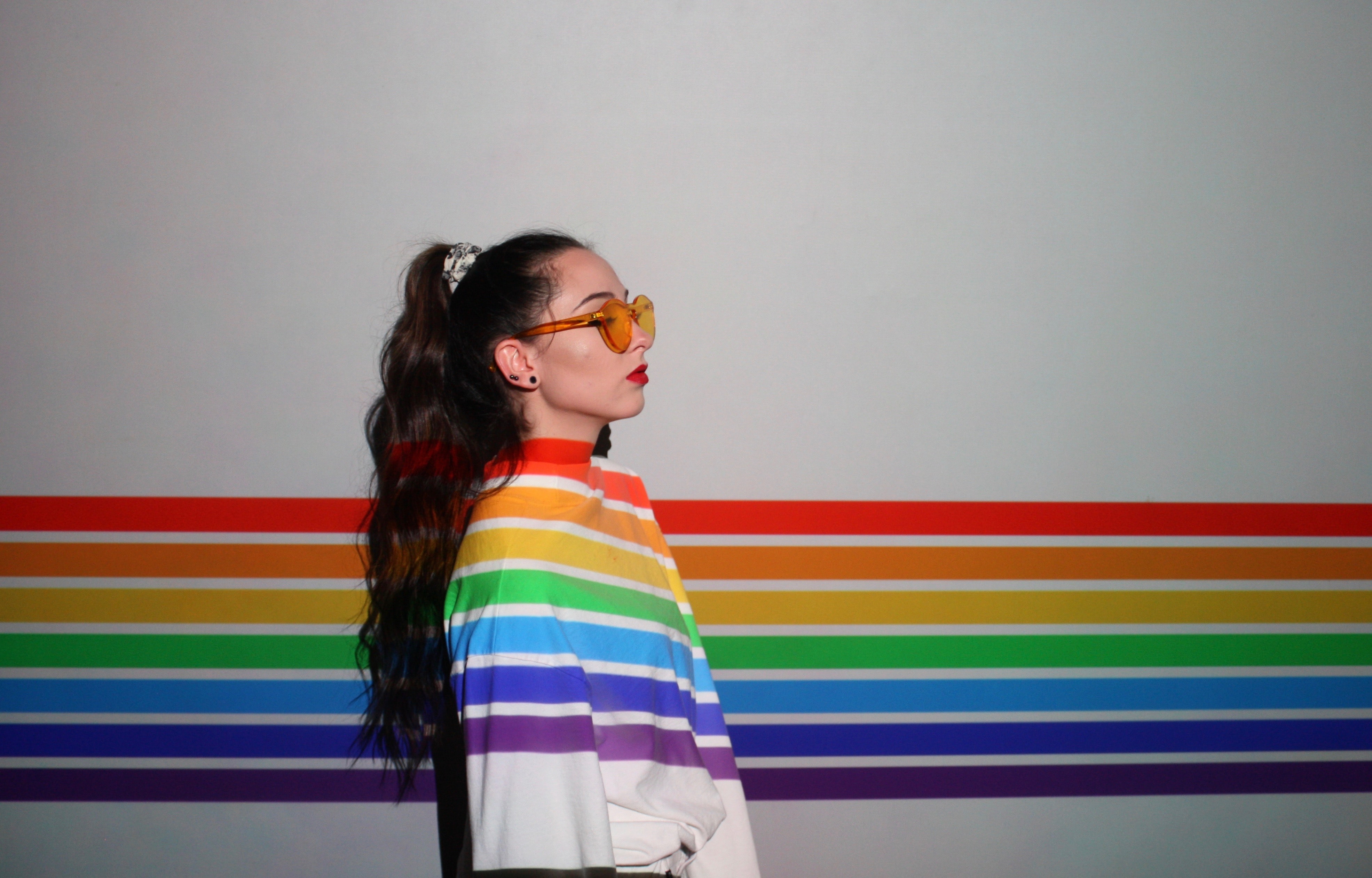 It was 2007 and I was 14 years old, living in Buenos Aires, Argentina. I grew up in a Jewish community - meaning, everyone knew everyone and certain things were standardized, or considered ‘normal’, like, well, being straight. Back then, anything apart from this ‘norm’ wasn’t talked about or even an option.

At the time, I started getting curious about my sexuality. Why was I developing strong feelings for girls? Why did it feel so natural to have deep and strong relationships with my girl friends? The only outlet I had to turn to, at the time, was movies and TV shows. Remember Skins? Well, that was my first experience seeing people like me who made it seem quite natural to test the field. But due to the way I was raised and very little mention of gay relationships, I continued living my life as a straight woman.

Suddenly, I was introduced to the wonderful world of YouTube. It’s safe, and quite easy to say that YouTube changed my life. I suddenly saw girls and guys my age (not celebrities following scripts) opening up about their sexuality and telling their ‘coming out stories’. My mind was blown. I clearly remember thinking - there are so many people who feel how I feel! Many of the YouTubers who talked about their ‘coming out story’ touched on the same topics - struggling to actually figure out their sexuality, lack of role models, confusion, anxiety and, a BIG one, the importance of spreading the idea that “it gets better” and you are not alone.

As can be seen from the graph below, for many years, only a brave few posted about their ‘coming out stories’ for the whole world to see. It wasn’t really until 2017 that LGBTQ+ YouTubers felt supported enough to open up about their true selves.

Slowly, but quite fast at the same time, creators started to be openly gay, bi, and lesbian. Those brave individuals became my actual role models, as well as all those lucky people that grew up with YouTube. Among these ‘coming out stories’ it’s important to take a look at just how many views videos in this topic receive. PewDiePie, who is mostly known for his ‘let’s play’ videos and comedic shows, surprised his fans when he uploaded My Coming Out Story. on May 17, 2017. His video currently has over 15 million views and almost a million likes. Just a few months later, ElleoftheMills also uploaded her Coming Out video and received over 6 million views. It’s interesting to mention that ElleoftheMills channel gets an average of 82K views, so this is a major difference.

After feeling support from the LBTQ+ YouTube community, I finally felt confident enough with how I felt and comfortable enough to come out to my family, friends and community. But, I won’t lie, it still wasn’t easy. I realized how hetero-minded society is - how many people immediately think that women need to raise children, that there are certain colors for men and women, specific sports or music women or men should play, even clothes women should wear and men shouldn’t.

Over the last few years, society has slowly become more progressive and accepting. There are more movies, TV shows, podcasts and, of course, YouTubers who are speaking openly and bluntly about sexuality, feminism and standardized roles. Tying this back to 2021, today, I am proud and confident to be who I am. This month is Pride month (woohoo!) and although one month in the year isn’t enough, it’s still a GREAT step in the right direction. Use this month to feel free to live your life and display diversity, especially those that exceed heteronormal life.

One last exciting tidbit - look at how many brands are getting involved with content relating to ‘Pride month’. This year, there is also the most amount of content mentioning ‘Pride month’ meaning that more and more creators are confidently talking about pride, both those that are in the LGBTQ+ community and those who aren’t.