Coming out: a YouTube movement for the history books

We are celebrating a milestone on YouTube this year for Pride 2021: more “coming out” videos have been made this year than ever before in the history of the digital/social media era.

The battle for same-sex marriage has been a passionately fought, hard won effort by communities across America and spanning the LGBTQIA+ spectrum. Many people argue that this fight is still not over; the battleground has just migrated from the courtroom to social spheres and workplaces - even people’s homes. Keep in mind, it was only in 2003 that the first state approved same-sex marriage (MA), and that was followed by at least 4 other states banning same-sex marriage in a backlash response to homophobic votership.

Now, while we have since arrived at federally approved same-sex marriage as of 2015 via Obergefell v. Hodges, the LGBTQ community is the first to protest that same-sex marriage is only touches the surface of rights and protections not afforded to this marginalized group. The internet, however, provided young people with a space to explore queer narratives, express their truths, and connect with other LGBTQ spaces amidst growing up in an unsupportive household and unsafe hometown or community. Literally as soon as YouTube was created, we find channels and subscribers flocking to LGBTQ topics as a place of liberation.

About 10% of the videos on YouTube featuring someone’s coming out moment were created in 2021. That’s a big deal. Younger generations are either more secure in expressing their identity and not having to hide themselves or they feel that there is a wider community online that will love and support them.

They’re not wrong: there’s more than 1.22B subscribers to these types of videos and almost 99% of views that watched a coming out video reacted positively to it. That’s a ton of love just on YouTube alone.

Let’s revel in this queer love a bit more and look back at some of the first coming out videos - get your tissues, it’s going to be a good cry (happy tears!), we promise.

Gay Talk Podcast that ran from 2005-2014 (not a YouTuber, but clearly the OG in gay community cultivation work and deserves a nod)

The comments section shows you just how important this discussion was for other young people - more than 1000 comments like this:

Elle's coming out story runs like a teenage RomCom and we love it:

According to our stats, this is the most disliked coming out story on YouTube to-date, with 7600 dislikes. It’s also Elle’s most disliked video she’s ever published to her YouTube page. Those 7600 haters represent just 1.5% of the people who took time to like/dislike her video… 0.1% of the total people who WATCHED the video… and 0% of the comments section <3

Our point? The sheer love these stories generate washes out the haters online.

The most liked coming out story was from AmazingPhil in 2019:

These orgs are still among the most vital to supporting LGBTQ youth, FYI. It’s great to see a creator share awareness as part of their coming out story.

There are actually 124 other videos on YouTube that mention or react to this video - it made waves and so many others in the YouTube creator industry decided to reveal their truth.

For example, James Charles, Jeffree Star, and a bunch of other beauty influencers decided to have that talk with their communities they had already established long before this video from 2020:

Link us to your favorite coming out stories that you’ve seen recently! We’re sharing the love and celebration creators that are brave enough to talk about it and let other young people know it’s OK to be who they are.

We also hold companies, the media, and governing bodies responsible for leading the way in ensuring there’s protections in place for LGBTQ youth and full rights for adults across all spectrums. YouTube is the voice of the people, and the people have spoken: love is love.

We wanted to end this article reflecting on same-sex marriage rights as just the start of a new movement - one of acceptance on a sociocultural level - for everyone:

“No union is more profound than marriage, for it embodies the highest ideals of love, fidelity, devotion, sacrifice, and family. In forming a marital union, two people become something greater than once they were. As some of the petitioners in these cases demonstrate, marriage embodies a love that may endure even past death. It would misunderstand these men and women to say they disrespect the idea of marriage. Their plea is that they do respect it, respect it so deeply that they seek to find its fulfillment for themselves. Their hope is not to be condemned to live in loneliness, excluded from one of civilization's oldest institutions. They ask for equal dignity in the eyes of the law. The Constitution grants them that right.” - from the Obergefell v. Hodges decision 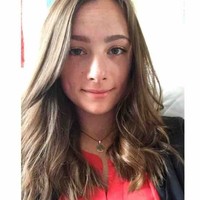 How Nike got woke