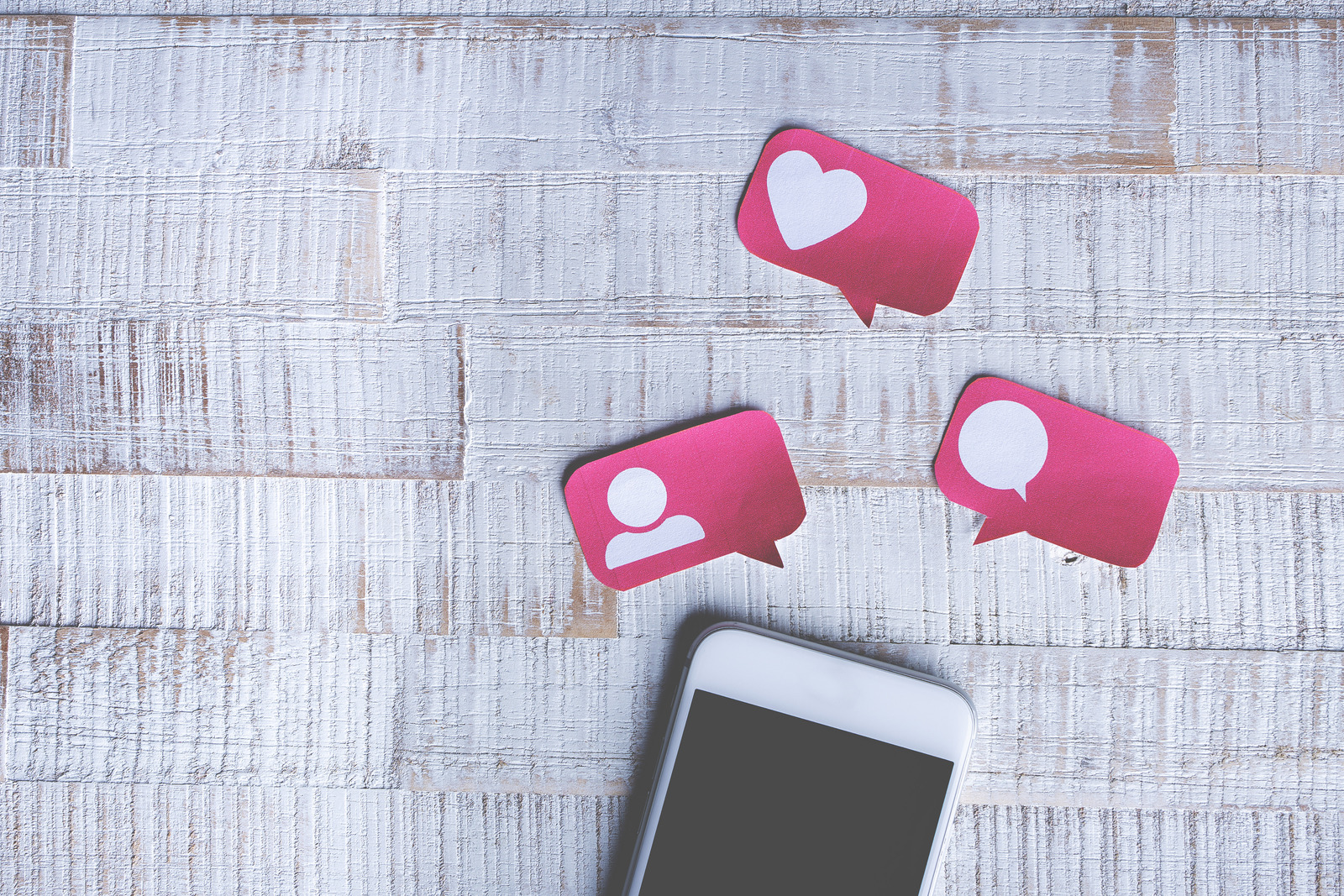 The big news rocking the marketing world this week is the growing list of brands who are boycotting Facebook ads, in response to the tech giant’s inadequate response to the hate speech on its platform.

The campaign has been instigated by a group of organizations including the Anti-Defamation League, the NAACP, Sleeping Giants, Color of Change, Free Press and Common Sense. Under the hashtag #StopHateForProfit, they have asked businesses to stop buying ads on Facebook in July. The campaign launched with an ad in the LA Times on June 17th, calling on advertisers to “send Facebook a powerful message: Your profits will never be worth promoting hate, bigotry, racism, antisemitism and violence.”

Momentum has grown, despite Mark Zuckerberg’s attempts last week to placate the advertisers, announcing that Facebook would begin to moderate posts by politicians. Rather than removing any content from these public figures that violates the on hate speech or violent speech, the platform will instead mark these posts as "newsworthy" (similar to Twitter’s moderation rules.) The brands standing behind the boycott have clearly felt that this concession doesn't go far enough: Coca-Cola, PepsiCo and Starbucks all joined the ad boycott after Zuckerberg’s announcement.

Ad revenue brought Facebook $69.7 billion in 2019 and $17.44 billion in the first quarter of 2020. However, although big brands make headlines, they might not have exactly the effect on Facebook’s bottom line that we are all expecting. Facebook has over 8 million active advertisers, which means that the majority of their ad revenue comes from a large number of smaller businesses. In fact, only 6% of their revenue last year came from the top 100 brand partners. However, when companies like Verizon and Unilever announce that they are freezing all Facebook advertising until the end of the year, it doesn’t look good. Facebook’s stock plummeted by over 8% last Friday, bringing Zuckerberg's personal net wealth down by an estimated $7.21 billion.

We wanted to turn our attention to the brands that have joined the boycott, and offer some suggestions as to how they can spend the Facebook budgets that have suddenly become available, and (crucially) still reach the customers that they’d otherwise be targeting on social media. Our advice: it’s time to step into sponsorships (but you knew we were going to say that, didn’t you?)

Often, advertisers are cautious about getting involved with sponsorships because they are anxious about aligning themselves with influencers who’s values and viewpoints might somehow reflect badly on their brand. With this Facebook boycott, we’ve reached a stage where individual influencers actually offer better brand security than the world’s largest social media platform. In fact, one of the demands of the boycott is that Facebook refunds companies whose ads are displayed next to content that is later removed for policy violations. The prime advantage of sponsorship marketing with strategically chosen Thought Leaders is that these companies can choose exactly what content their brand name appears alongside, and avoid the nasty surprises that programmatic advertising sometimes delivers.

We took a look at five of the brands that have been prominent players in the boycott to provide some suggestions for what they can do next:

The North Face has not yet started to fully explore the world of digital sponsorships. This may be exactly what they need to plug that Facebook shaped hole. The company is owned by VF Corp, which also owns Dickies, Vans, Timberland and Smartwool among others. Last year, VF Corp spent $756 million on advertising.

The North Face can look to fellow outdoor apparel company L.L.Bean to understand how to get started with sponsorships - they’ve been actively sponsoring YT since 2016 and started with podcasts in 2017. Since then, they have appeared on 90 different channels, and have clearly since the most success on YouTube. L.L. Bean has sponsored male-skewing lifestyle channels like Jon B., MAZELEE and Sam and Nia. Another good example is Outdoor Vitals, another similar retailer who started getting serious about sponsorships last year, sponsoring content with channels like Survival On Purpose and Where the Jones. With hiking and other outdoor pursuits seeing a surge in popularity as a result of Covid-19, this could be a great time for The North Face to use content creators to target consumers who are new to these activities.
‍

The niche that has worked really nicely for Upwork so far has been business podcasts, such as   AskPat 2.0,  Women in Tech Podcast, and The $100 MBA Show. Reassigning the Facebook ad budget into podcasts could allow them to get close to the kind of scale we currently see from ZipRecruiter, who has featured on over 250 podcasts, making them one of the biggest B2B spenders in the podcast game. Crucially, ZipRecruiter has made their mark on larger, general interest podcasts like Pod Save America and The Daily, rather than limiting their focus to niche business podcasts.

This could be a crucial time for Upwork to begin to scale their sponsorship efforts: the company’s own report “Future of the Workforce” found that with the massive unemployment numbers that have resulted from COVID-19, 73% of hiring managers are either maintaining or increasing their hiring of freelancers. One area that Upwork hasn't yet begun to dominate is the daily business newsletters. With rival freelancer network Braintrust featuring in The Hustle last week, this is definitely an area they can look to start focusing on in the coming months. ‍

Historically, most of Birchbox’s mentions have appeared on Beauty YouTube, and recently, female newsletters have certainly sat up and taken notice of the brand. However, most of these mentions have been organic. Birchbox has played with sponsoring podcasts like Forever35, The Secret Lives of Black Women, Cultivating the Lovely and Couldn't Help But Wonder but those sponsorship partnerships haven’t continued into 2020.

Since rival beauty box brand Ipsy has stayed focused on YouTube sponsorships, Birchbox could easily make their mark by supporting female podcasts and newsletters. Following the companies declaration in early June that they are committed to acting as an ally to the Black community, this would be a perfect time to redirect those Facebook dollars towards supporting Black creators (look no further than the beauty influencers listed here in our post on content creators of color).‍‍

According to the Wall St. Journal, password manager Dashlane has already declared that some of their Facebook money will be directed into more sponsored content, with the rest being spent on online display ads and social media platforms such as Pinterest that don’t come under Facebook’s banner.

Dashlane has already spent over $5 million on sponsorships, and over the past year, we’ve seen them appearing repeatedly on some of our favorite general knowledge YouTube channels: The Infographics Show (77 mentions),  Today I Found Out (21 mentions) and Half as Interesting (21 mentions). YouTube at the moment is where the bulk of their sponsorship budget is being directed, having run sponsorships on 312 different channels.

Their competitor LastPass is also making moves in the sponsorship space, but they are currently eschewing general knowledge channels and have focused their efforts on Technology podcasts. Dashlane might want to look at establishing a stronger foothold with Technology channels to avoid allowing LastPass to dominate this area. ‍
‍

Reformation made headlines earlier in June when accusations emerged from ex-employees about the company routinely overlooking people of color for career advancement. For a brand that has built its reputation around ethical values and sustainable fashion, these allegations quickly made waves. The brand announced they were creating a Diversity and Inclusion Board to oversee diversity issues at the company, they committed to donating $500,000 to three charities (NAACP Legal Defense Fund, the Thurgood Marshall College Fund and the National Black Child Development Institute), and CEO Yael Aflalo, who founded the brand in 2009, stepped down from her post.

Aligning themselves with the Facebook boycott is possibly another strategy for “damage control”, allowing Reformation to reestablish its ethical brand reputation. In terms of turning their efforts towards sponsorship marketing, this is new ground for Reformation; to date, they haven’t sponsored any content creators. They would do well to learn from Everlane (another retailer that has built its image around sustainable fashion.) Everlane has sponsored over 90 podcasts, as well as a number of lifestyle channels on YouTube including Niomi Smart, Dearly Bethany and Margot Lee. Reformation might want to specifically go after the fashion thought leaders who have made sustainability and ethical values a key part of their platform. Some nice examples include Kristen Leo, Use Less and Kia Lindroos. ‍

In short, who needs Facebook? Brands can easily reach their target audiences without funding the social media platform’s worrying moderation policies and disappointing approach to hate speech. There are lots of exciting opportunities available to these brands once they move budgets away from Facebook and other social media platforms.

In the first ever edition of Marketing Brew, the team at Morning Brew summed up the situation quite nicely:
‍

Cutting Facebook spending gives brands the opportunity to funnel freed-up dollars into anti-racist change[…] These boycotts represent brands backing up their talk with $$$. And while they’re unlikely to reshape Facebook, these boycott dollars do have the potential to help revitalize a struggling news publishing ecosystem.

We’ll be keeping a close eye on these brands, and look forward to seeing a surge in sponsorships appearing over the next few months.