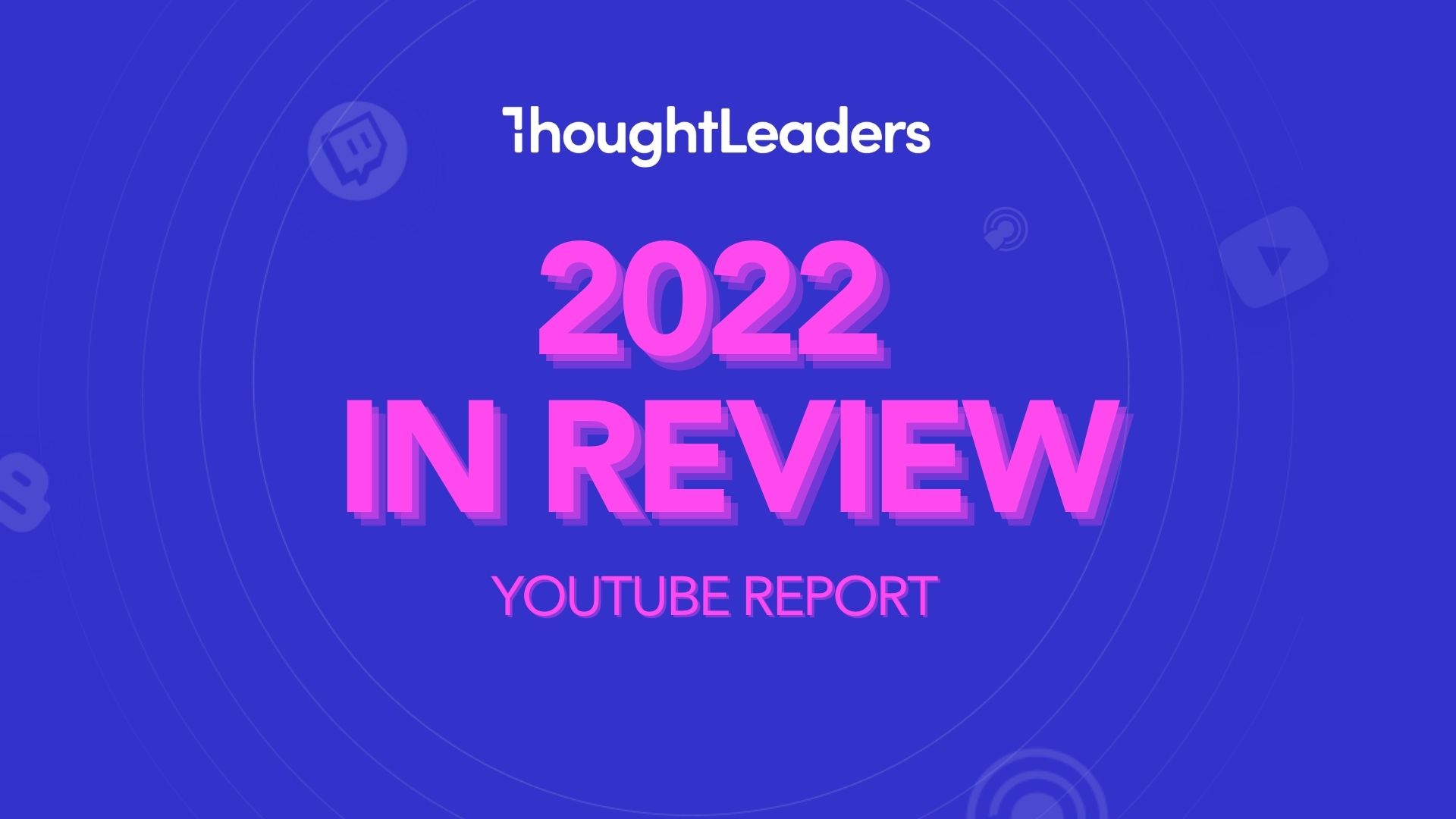 Social media platforms had quite a year - the competition to create the ultimate short-form video feature was at an all time high and new social apps shook things up. However, YouTube continues to be the most popular video platform out there and stands as the second-most popular search engine. Reports show that there are approximately 122M YouTube users per day and over 2.1B monthly active YouTube users worldwide. In terms of advertising on YouTube, statistics show YouTube is second in the ranking of the world's most 'active' social media platform.

We collected all our data to pull together some official statistics on what has happened on YouTube in 2022 (no YouTube Rewind's were hurt in the making of this infographic).

It comes as no surprise that MrBeast topped the chart as having the sponsored YouTube video with the highest view count. The uber-successful creator actually appears on this ranking five times, beating his record from last year where he appeared twice.

It's interesting to see that almost all the top 10 sponsored YouTube videos are challenge-based videos - leading to the conclusion that sponsored challenge-type videos rack up the most views and, according to the table, show amazing success for brands (jot it down for the year to come). The brands that nailed influencer marketing via sponsorships? Epic Games, Venmo, and Monster Legends.

In 2022, the top sponsoring brand according to the number of videos sponsored goes to...GFUEL. This brand sponsored over 15,0000 videos and racked up 1.2B views.

To take it one step further, here is a look at the top videos for each country:

‍It's been a BIG year for the world of gaming - but how did the other categories rank in 2022?

With over 31 million YouTubers and over 122 million daily active users, YouTube continues to be a hotspot for businesses. We hope that these statistics can shed a light on what was a success over the last year and how you can prepare your marketing strategy for 2023.