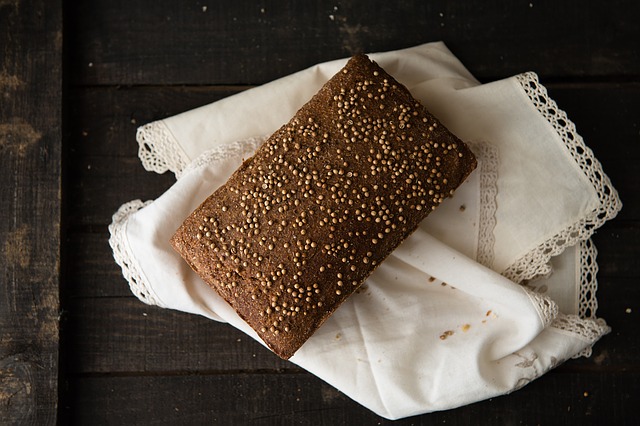 What happened to all the sourdough?

Making sourdough bread quickly became a 2020 cliche, along with terms such as “unprecedented times”, “the new normal” and “we’re all in this together”. Suddenly, everywhere you looked, people were spouting expertise on how to make a sourdough starter. In spring 2020, if you weren’t baking sourdough, what were you doing with your time?

The initial obsession sprang up from a combination of factors: many hours spent at home, a need for home comforts such as baking, and a sudden shortage of yeast at grocery stores across the planet. Out of this venn diagram, the sourdough obsession emerged.

On March 24 2020, Refinery 29 asked “Why Is Everyone So Into Making Bread Right Now?” They explained the trend as follows:

The word "starter" holds more promise and optimism than anything currently on the news [...] This growing interest in baking has been a long time coming. But it's easy to see how #StayAtHome could give rise to more "how to make bread" inquiries. Not to mention, few things are as comforting as bread.

This obsession was both reflected in and fueled by a sudden increase in digital content focusing on sourdough baking, particularly on YouTube:

Over the course of 2020, YouTube videos with “sourdough” in the title received 21M views on YouTube. These views were spread out over 143 videos and 70 different channels, with an average view count of 146K.

If we include videos where sourdough was mentioned in the transcript, an even more expansive picture emerges:

There were some YouTubers who have been extolling the virtues of sourdough even before it became mainstream. Lisa at the Farmhouse on Boone YouTube channel released her first sourdough video “All About Homemade Sourdough Starter from Scratch” in October 13 2017.

This remains the channel’s most successful video on this topic with 276K views and 6K likes (making this the channel’s 5th most watched video overall). Since then, the channel has released 35 videos with Sourdough in the title, ranging from her “Sourdough Pancakes Recipe” to “Easy Homemade Sourdough Pizza Crust”.

In April 2020, Lisa responded to the growing popularity of sourdough, with three separate sourdough videos released that month. In the first of these, SOURDOUGH - Questions answered from a decade long sourdough baker she addresses this new craze:

There is a sourdough revolution going on, if you missed it. It's going on and it's crazy I've had dozens and dozens of people sending me questions daily on Instagram, YouTube, by email, by Facebook... so I wanted to clear some things up because a lot of you are starting starters and having some issues.

In the video description, she also promotes “my free Ebook with ALL of my favorite sourdough recipes all in one place”.

Farmhouse on Boone YouTube channel receives an average of 56K views on it’s sourdough videos. Although this has been a long term topic for the channel, we can also see that Lisa responded to last year’s trend by increasing the mentions of sourdough in her content.

We can also look at YouTubers who jumped on the trend as soon as it began to emerge in March last year.   That 1870's Homestead is not as backwards-looking at the channel name might have you believe. They quickly hopped onto the sourdough baking trend in March 24, 2020 with their video “Harvesting Yeast Naturally | Sourdough Starter from Scratch”.

The channel released 7 sourdough videos between March and May 2020, before swiftly dropping this topic and not returning to it since.

Another channel that jumped on the trend was Bigger Bolder Baking. The channel mentioned Sourdough twice in passing on their channel prior to 2020, before making it the topic of a video on April 2, 2020 with “How Do I Keep My Sourdough Starter Alive?”
‍

A foodie YouTube favourite, Binging with Babish, actually jumped the trend on this one, releasing his video “Sourdough Bread | Basics with Babish (feat. Joshua Weissman)” on  February 27, 2020, when Covid-19 was still a distant news item and very few people were expecting the lockdown rulings that would soon descend. In fact, the video’s guest, Josh Weissman, sums up some of the aspects of sourdough baking that would come to encapsulate the appeal of this trend in just a few weeks’ time:

I feel like sourdough bread is a great way to kind of slow life down a little bit. You can't speed sourdough up. When we're making this I feel like we're gonna have some downtime, you know, we're gonna chill, maybe play some Mario Kart and do something, and then by the end of it you're gonna end up with a beautiful loaf of bread…  it's like the simplicity of ingredients is the very definition of beauty in simplicity, like the very definition. Because it doesn't get any simpler in ingredients and the process itself, although it is involved, is relatively straightforward.

Once the trend did hit, however, Babish addressed the new fashion for sourdough on his channel, but encouraged viewers to take an alternative route into fermented food, on his video Kimchi (ft. Roy Choi) | Basics with Babish.

Speaking of COVID and quarantine and everything, everybody seems to be making sourdough nowadays. I guess it’s one of those things that you always want to do, but you never have the time. Then everybody suddenly had the time and instead of sourdough, I think people should be making kimchi…. I’m hoping that people give this a try instead of sourdough, because it has so much utility and so much flavor. And it’s gonna be more interesting on your Instagram feed than being another (beep)hole that’s making a sourdough starter.

Who killed the Sourdough starter?

The question that turns this trend report into a real true crime whodunit is the small matter of what happened to all the sourdough once the trend disappeared. By June, many creators quietly retired the sourdough starters that had been the stars of their videos only a few months previously.

If we go back to the videos from last year that featured “sourdough” in the video title, we see a sharp drop off around May:

The slight rise at the end of the year can be attributed to a combination of stay-at-home orders being reinstated, and end of year roundups reflected on how this baking trend had taken hold earlier in the year.

Now that the peak of this trend is behind us, sourdough recipes are still cropping up all over YouTube. (We’re even seeing an emerging trend for sourdough whiskey that we are keen to check out!) However, we are still waiting for a food YouTuber to come along with a video admitting that they’ve inadvertently killed their starter, or that they never really liked the taste of sourdough in the first place. Let’s see who’ll be the first channel to subvert this trend!