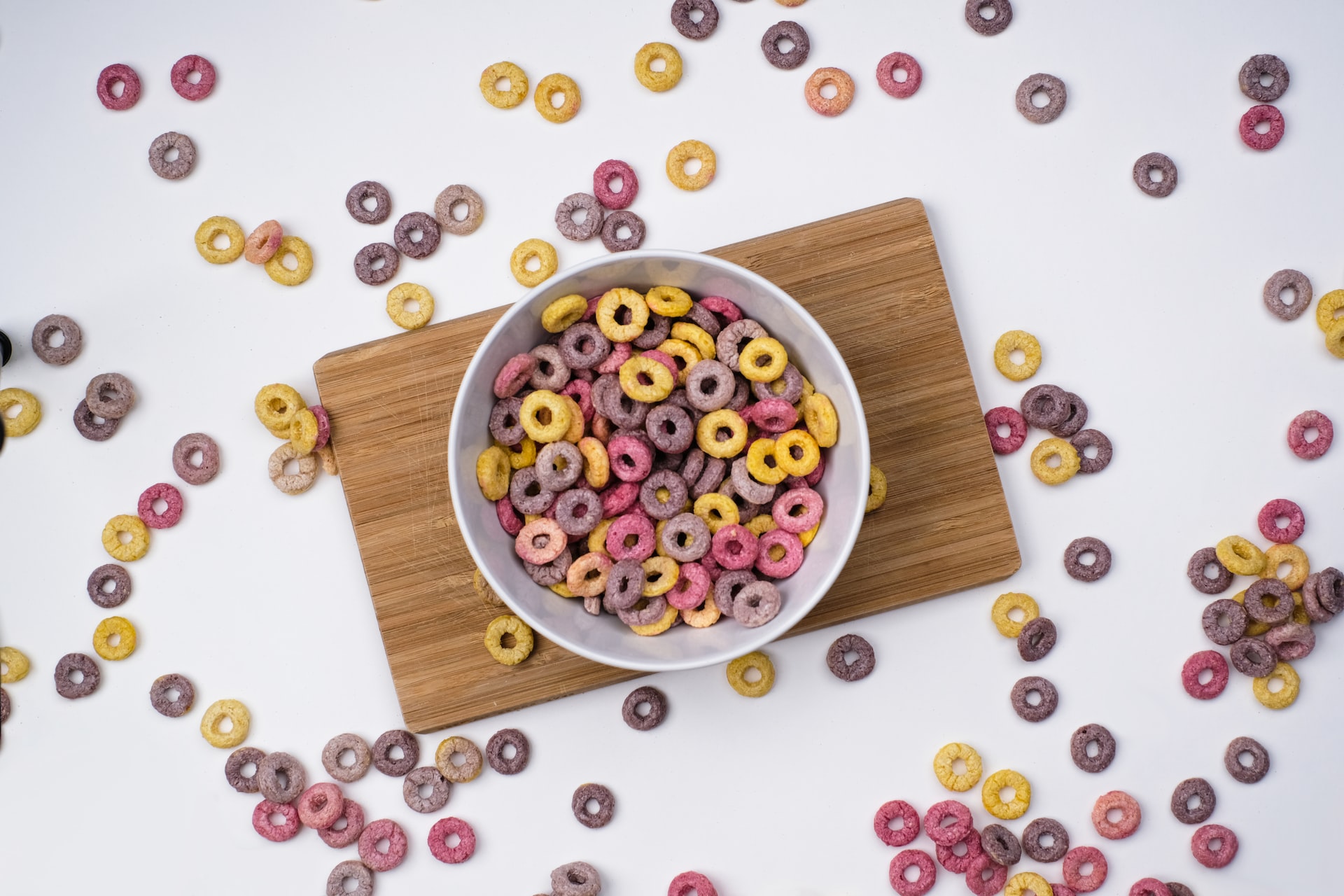 Magic Spoon is all you could want in a cereal - high-protein, low-carb, and highly delicious. Greg Sewitz and Gabi Lewis, cereal-entrepreneurs and co-founders of Magic Spoon, grew up eating cereal for breakfast every morning. But, as adults, they came to understand that most of the cereals they loved are filled with very little nutritional value and a lot of sugar - so they decided to create a cereal inspired by “flavors and nostalgia of Saturday-morning-cartoon cereal”, but with a healthier twist. The duo launched Magic Spoon in 2019 - promising a variety of cereals that will remind breakfast lovers of the tastes they grew up loving (Froot Loops, Frosted Flakes, Cocoa Puffs, etc), but won’t make them feel guilty for their lack of nutritional value. Magic Spoon’s products are “high in protein, keto-friendly, non-GMO, gluten-free, grain-free, soy-free, wheat-free, nothing artificial, childlike cereal for grownups.”

With the growing number of cereal-lovers (especially those looking for a more nutritional option), it’s no surprise that consumers were excited about trying Magic Spoon. But, up until recently, people weren’t purchasing cereal online. So, how did Magic Spoon get their products (virtually) on the top shelf? Influencer marketing.

Magic Spoon’s product and service is ideal for influencer marketing because they can be seamlessly integrated into pretty much any niche (who doesn’t like cereal?). Over the years, the cereal company integrated with a wide range of content creators including, foodie YouTubers and nerd culture channels as well as well-known podcasters, in order to spread the word about Magic Spoon, increase revenue and improve their ROI.

Another reason why Magic Spoon is finding so much success within influencer marketing is that their product is aimed at Millenials who grew up watching Saturday morning cartoons with a bowl of Cinnamon Toast Crunch or Froot Loops, a memory that many of the biggest content creators on YouTube also connect with. Magic Spoon’s packaging plays off the same playfulness as the popular cereals from General Mills and Kellogg’s - easily grasping the attention of viewers and listeners.

Magic Spoon has sponsored over 800 YouTubers, racking up over 388M views! We decided to take a closer look at some of the YouTube channels that have brought them the most amount of exposure and success and dive into why and how these creators helped the company experience triple - digit growth year-over-year.

The channel that has brought in the most exposure for Magic Spoon is the David Pakman Show. David Pakman Show is a progressive news talk show currently being aired on television and radio, and David Pakman also posts certain clips on his YouTube channel. Magic Spoon has sponsored this channel close to 100 times, and the partnership that got the most amount of views was Trump Humiliated In Worst Interview in History, which received over 5M views.

David Pakman is posting a number of new clips from his talk show every day, and receives an average of 50K views, which means a lot of exposure for Magic Spoon. Additionally, the 90’s nostalgia of sitting down with your favorite bowl of cereal at the breakfast table isn’t complete without your parents also sitting there with their morning newspaper - Magic Spoon may be trying to play off of that nostalgic feeling by sponsoring a news-based YouTuber.

This foodie channel focuses on highlighting different restaurants and recipes and has racked up over 11M views over the duration of their 10 collaborations. The video with the most amount of views was UNLIMITED KING CRAB, BURGERS & STEAK! Ultimate All You Can Eat!, with over 1.7M views.

Mike Chen, the face behind Strictly Dumpling, has mentioned his love for cereal time and time again. So, when he points out that Magic Spoon’s cereal helps him overcome his craving for the breakfast must-have, his viewers are bound to believe his authority on the topic and will allow themselves to purchase a box (or three, nobody’s judging) for themselves. Also, with all the eating Mike Chen does on a regular basis, it’s important for him to occasionally indulge in healthier options - he consistently mentions that Magic Spoon allows him to continue enjoying yummy food, with a healthier twist.

Adam Ragusea is very much an all-encompassing food channel - he makes content about food recipes, food science, and culinary culture. In terms of his collaboration with Magic Spoon, Adam Ragusea was sponsored by Magic Spoon 14 times, with their collaborated videos receiving 9.5M views. Their most watched video is Steak 201: Butcher's cuts, which is getting close to 2M views.

Adam Ragusea is an expert when it comes to seamless integrations with his video sponsors - he never fails to think of a fun and unique way to mention the brand, and the viewer never feels too disconnected from the video subject. With Magic Spoon, Adam Ragusea highlights how the cereal company has helped him make healthier choices with his meals. Even those that cook delicious food on a regular basis, need a guilty pleasure for those days you just want something quick, delicious while not compensating on the healthy-aspect.

The Ring of Fire is another radio show that uploads a number of clips to its YouTube channel. The channel even hosts weekly programs which are exclusive to the YouTube channel. The Ring of Fire must be doing something right because Magic Spoon has sponsored this channel close to 70 times! Their videos have managed to get over 11M views, which is very impressive! The video that has received the most amount of views is Fox News May Have Already Doomed Their Defense Against Defamation Lawsuit, with 430,000 views.

On The Ring of Fire’s channel, you won’t usually find a video that’s over 5 minutes long, meaning that the channel likes to get right to the point and stay concise. That’s their outlook with sponsorships as well - Farron Cousins, the host of the YouTube channel, highlights all the best parts of Magic Spoon, making sure that their viewers are intrigued and interested to try out the cereal for themselves.

Internet Today provides its viewers with news and updates on all things entertainment, tech, culture, and gaming (along with some pieces of news that are just plain weird), all with a ‘healthy dose of sarcasm’ (their words, not mine). Magic Spoon and Internet Today teamed up over 20 times and were able to rack up 2.5M views. The video that has received the most amount of views is Happy Belated Birthday to Our Broken Country…, with over 117,000 views.

Internet Today have a very large percentage of their subscribers tuning into their videos - as a channel with 225K subscribers, maintaining an average view count of over 100K is extremely impressive. Magic Spoon has no doubt understood the potential that a channel with this level of engagement has, meaning that we will no doubt be seeing more of Magic Spoon on Internet Today’s YouTube channel.

These top YouTube channels have certainly helped Magic Spoon catapult in exposure and revenue, and have especially secured the cereal company’s brand presence on YouTube. Do you think your channel is a perfect fit for Magic Spoon?‍ Click here to explore this sponsorship opportunity.

Fetch Rewards: A free app that makes you money